How Beer Started The World (Seriously): A Belgian Story

In honor of National Beer Day, I decided to tell the story of how my favorite alcoholic beverage quite literally started the world. A while ago I visited the very underrated city of Brussels and went on an incredibly in-depth, somewhat inebriating beer tour. I learned a lot about my delicious lagers and pilsners, and the strange history of beer as well.

Read this, and the next time some snobby wine aficionado starts comparing merlots and cabernets, or whatever wine people do, you can drop your own knowledge about the regal history of beer, and how it led to modern society as we know it. Then smugly watch them try to explain what wine ever did for us.

Am I writing this post to help you be petty in the near future? …A little bit. However, I also hope you get to learn something cool!

In addition to the education I received from my Belgian beer tour leader, I have also linked to some additional resources below. 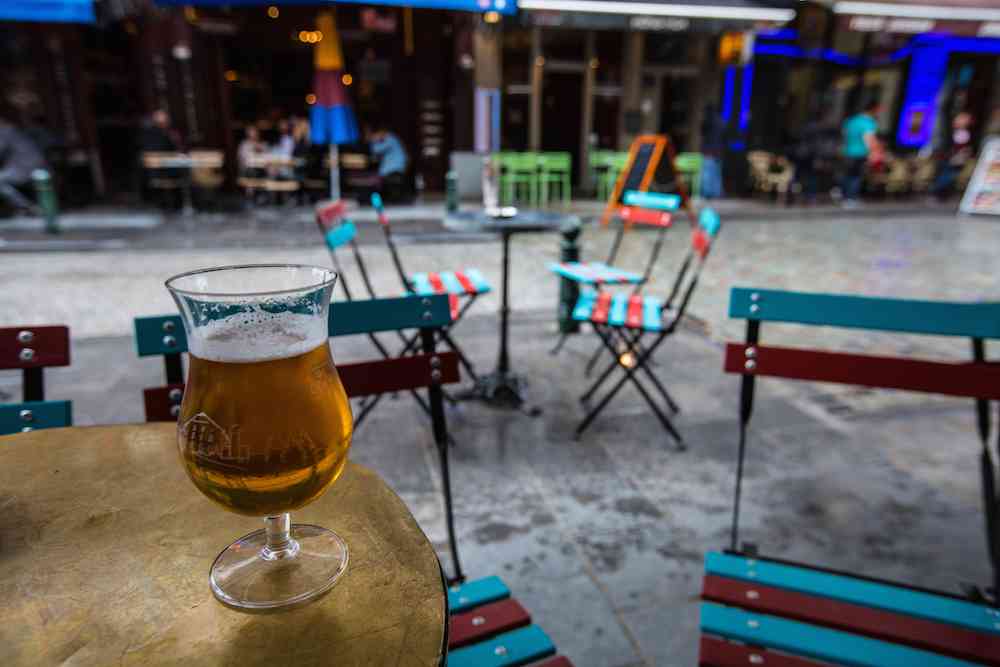 Beer at a Brussels cafe

What Came First, the Beer or the Bread?

If you were paying any kind of attention in middle school, you probably remember something about Sumerians and the Fertile Crescent. The start of agriculture/civilization as we know it can be traced back to this ancient culture in 3500 BC. Archaeologists found evidence of extensive grain farming, which allowed hunter-gatherer tribes to settle down in one place, grow a surplus of food, diversify labor, and develop towns and cities.

Your middle school teacher probably told you that Sumerians started farming grain to make bread. But just as in most of your health and sex education in middle school, it turns out your teachers probably lied.

There is, believe it or not, a vigorous debate in academic circles today of Beer vs. Bread. As historians uncover more evidence from ancient civilizations, reaching from Iraq to Mexico, it seems increasingly likely the primary reason humans settled down and started farming was to brew, not to bake.

One of the scientists to first propose that beer jump-started agriculture was Jonathan Sauer. He noticed that a lot of the tools and grain types found in the Fertile Crescent were more consistent with brewing, not with making bread.

Across the world in Mexico, farmers domesticated a primitive type of maize called teosinte. It’s much easier to make beer than corn flour with teosinte. There’s also no evidence that ancient civilizations in Mexico started using maize for food until centuries later. So what was the teosinte for? Likely a kind of primitive beer.

Some historians argue against the “beer before bread” hypothesis. They point out that if the first farmers were primarily making beer, what food where they living on? As one scientist put it, “man cannot live on beer alone, and not too satisfactorily on beer and meat” (*Germany has left the chat*). 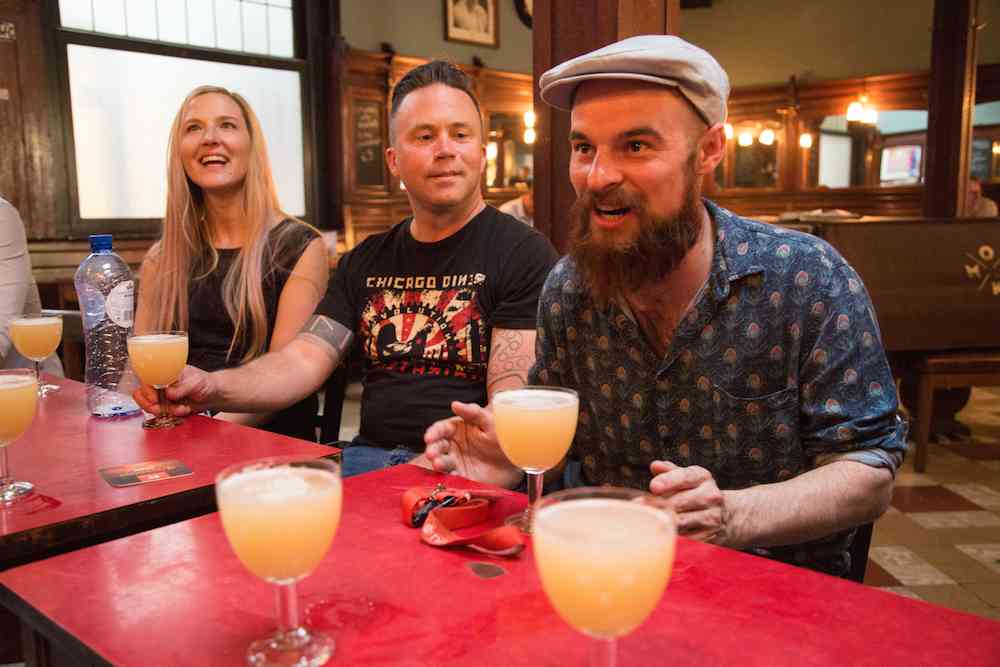 Mick, our beer guide in Brussels!

However, those who support “beer before bread” have some facts on their side as well. They argue that beer, as it was made at the time, was a more calorie-dense and nutritious food than bread. Notice, I said “as it was made at the time”; I am not endorsing a Coors Light diet in the modern era. At the time, beer had a much lower alcohol content. The fermented grain used to make it released sugars that our bodies could process much more easily than those from bread.

Taking this into account, scientists further make the claim that, “the “buzz” induced from beer along with its high caloric content would have motivated early farmers to grow cereals”. The buzz-as-a-motivation argument makes sense, as people are generally more enthusiastic entering bars than bakeries.

Obviously, humans probably also ate fruit and meat while making beer, as they did before settling down. But beer started playing a larger and larger part in the human diet. And honestly, at those times, it was probably for the best.

Why Beer Was A Safer Bet Than Water

When people started settling down in cities and towns, something started happening to the environment around them. That something, as most modern Earth inhabitants can guess, was pollution. Runoff from human waste and agriculture started tainting water supplies, making drinking water from springs and streams a riskier proposition.

With water starting to cause sickness in people, beer became an even more attractive option. The brewing process and the alcohol in beer killed bacteria that would have caused harm in drinking water.

Beer was used as medicine back then as well. Infected wounds were treated with beer. The ancient drink also contained B vitamins, lysine, and other essential proteins that helped human health. According to many scientists, it’s entirely likely that beer growers and drinkers succeeded in passing their genes better than non-drinking counterparts over generations, as they were likely to be healthier, well-fed, and less vulnerable to disease. Also, we can only imagine that beer, as it sometimes does today, encouraged more frequent procreation.

Of course, our ancestors at the time were lightweights compared to our tolerance today, but the beer was much lighter as well. So again, as my hypothetical lawyers would tell you if I had money to pay them, this post is not endorsing a beer diet today.

Beer Helped Make Us The Social Animals We Are 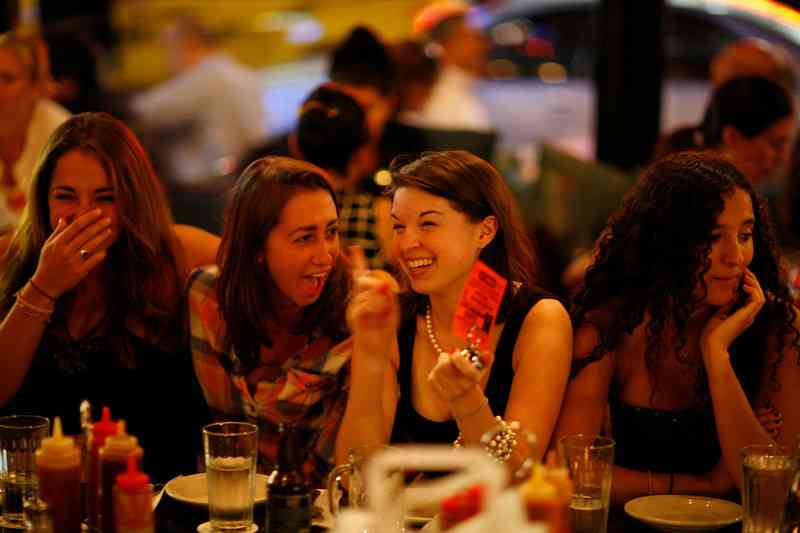 The effects of beer.

Most archaeologists believe that early hunter-gatherer tribes had a herd mentality when it came to socialization. They were generally distrustful of outsiders, and followed rigid social structures. When they started settling down and realized they had to rely on larger communities and networks, these age-old mentalities had to change.

Cities and towns required more social connections and openness to thrive. Feasts were often held, with beer as the main motivation and attraction to attend, to help forge alliances and friendships. It worked, as beer usually does to make fast friends, and helped communities expand and develop over time.

Ancient Civilizations Really Cared About Beer That Much?

Oh, yes. The first legal code ever discovered, the Code of Urukagina (say that five times fast), wrote about beer as a unit of payment. The ancient Egyptians had a goddess of beer named Tenenit. In fact, they often paid the workers who built their pyramids and temples in beer; workers who were considered well-cared for and well-off in Egyptian society.

Beer predates writing, and it is mentioned in the oldest written tale recorded, the Epic of Gilgamesh. Sumerians wrote the “Hymn of Ninkasi”, a poem describing a beer recipe, in 1900 BC. I apologize in advance for when your hipster microbrewer friend reads this and starts writing his recipes in hymn form.

If you’re curious about what these incredibly old beers were like, you can actually get a taste. Dogfish Head Brewery collaborated with beer historians/scientists (what an incredible job title, right?) to create “Ancient Ales”.

One of the strangest facts I learned in Belgium about the history of beer was that in neighboring Germany, a group of monks in the 17th century decided to brew and drink beer to survive their 40-day Lent fast. All of this happened with the Pope’s blessing. It seems Christian sects were much more relaxed about alcohol back in the day.

Better yet, there is a sect of monks in Belgium and the Netherlands called Trappists, who brew and sell their own beer. They’ve been doing it since 530 AD, and apparently, it’s STILL considered one of the best beers around. There are now a couple of Trappist abbeys in the US, one in Massachusetts, that produce this world-famous beer as well. However, the beer considered the BEST in the world is Westvleteren 12, produced by Trappist monks in Belgium. 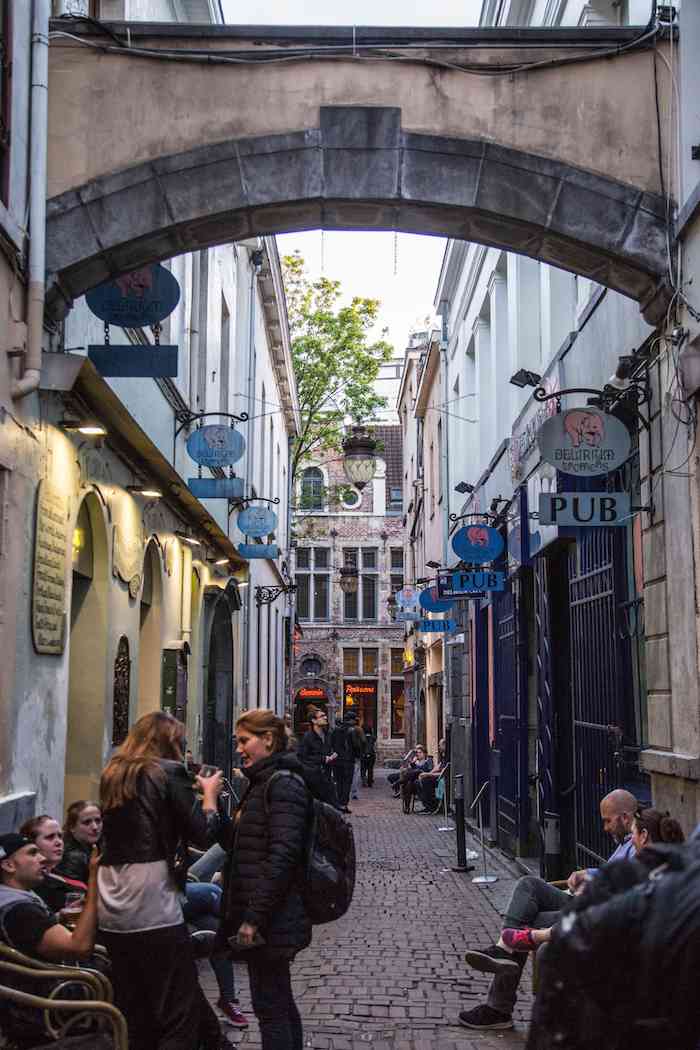 Outside Delirium Cafe in Brussels, early in the day

This brings me to Delirium Cafe, a highly trafficked tourist and local hotspot in Brussels. Tucked into an alley, it seems pretty unassuming at first, until you go inside the multi-story cafe and realize you are in beer heaven.

Delirium holds the world record for most beers offered, with over 2000 varieties bottled or on tap. Just be careful while drinking. As I discovered too late, some Belgian beers can have up to 12% alcohol content. You’ll think you’re doing fine up until you stand up to look for a bathroom and find yourself falling ass first on the floor.

Though story time is done, this is a small reference section for those of you who care to get into the nitty gritty of beer types as well. There are three broad types of beer:

Those are all the beer facts I have for you today! What surprised you the most about the history of beer? Let me know! If you like this article, save and share with the pin below! 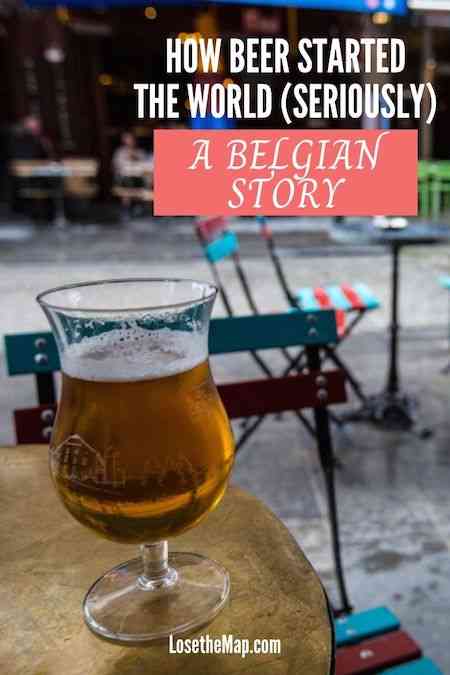