My title may already seem somewhat unbelievable – seats of political power are not usually associated with hope and inspiration, but hear me out.

As anyone who follows my blog posts or political Facebook rants knows, this past election has caused a bit of a crisis for me, both in how I envision and perceive America, and also regarding how I fit into this country.

If you reaaaally want a detailed explanation of my views on the election, you can check out my post on Donald Trump, but most of you probably just want to keep reading.

I don’t want to make this about politics as much as I want to make it about inspiration, perseverance, progress, and a host of other ideas brought up by my recent trip to Washington, DC.

Walking along the National Mall in Washington, DC

First, a quick explanation of my general relationship to the US:

My nationality/ethnicity has always been a bit fluid in my mind. I was born in New York and have lived in the US for almost 20 years. However, my first memories are of my house just outside Athens, because my family moved back to Greece when I was a baby. I still spend at least 2 months a year back in that childhood home, and Greece is and always will be a big part of my life. 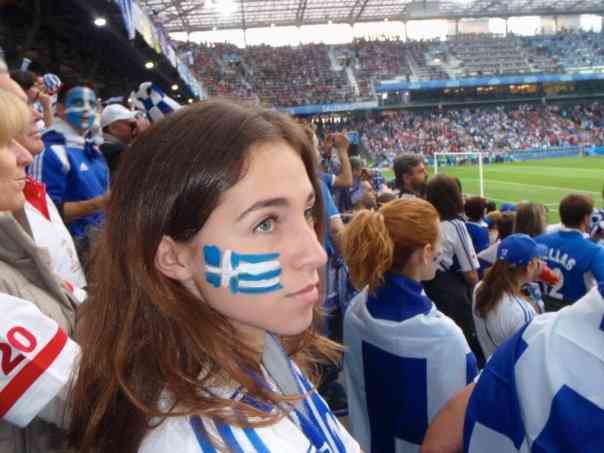 Just a young ‘un supporting Greece at the Euro Cup in Salzburg, Austria

However I can’t say I am 100% Greek. I have grown to love and admire so much about the US, and feel myself a very active, involved part of it. I often find myself playing devil’s advocate with both countries – defending Greece while I’m here, and defending the US abroad. I feel loyalty and love for both nations. 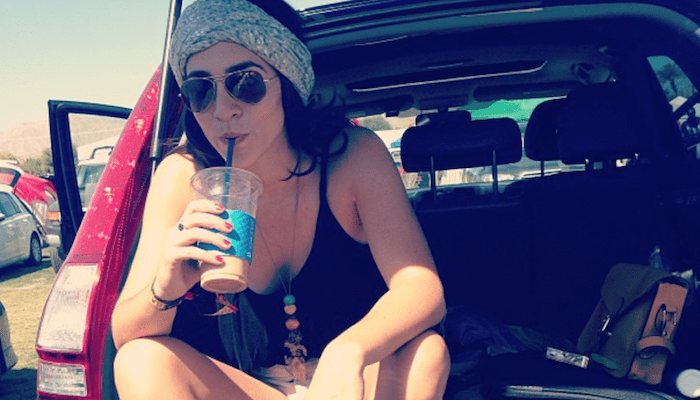 Road trippin’ to Coachella with my Ray Bans on. ‘Murica.

Then again, the American label doesn’t feel like it fits 100% either. Neither does Greek-American, which is generally used to describe second-generation immigrants with tenuous ties to Greece and little knowledge of the Greek language.

So I am whatever I am – this confused in-between thing that loves way too many places in this world. 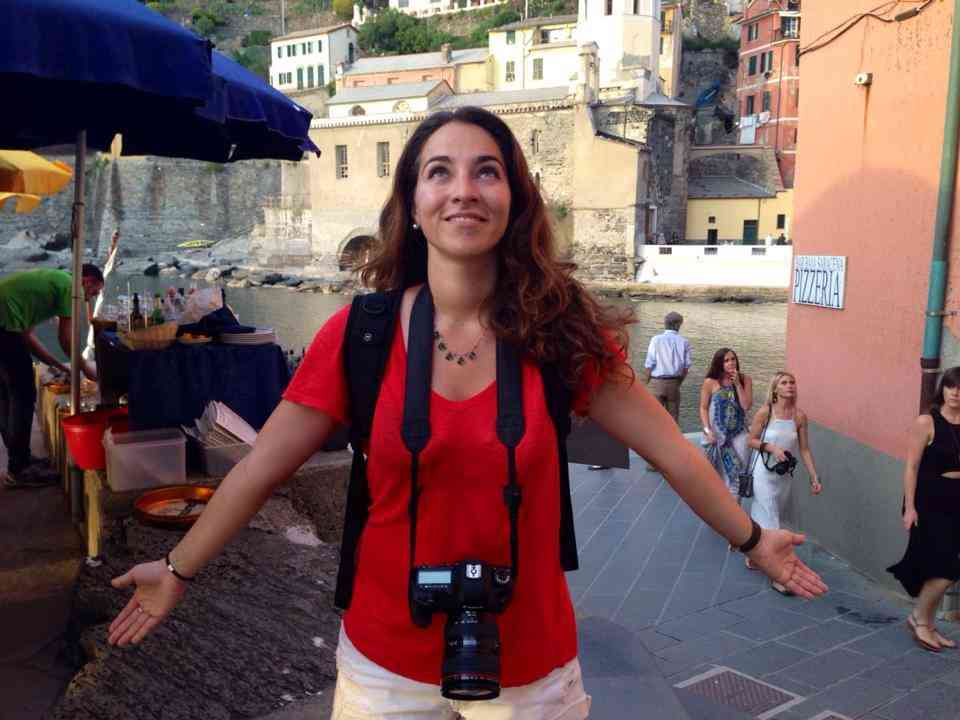 However, I fully accept this lack of a distinct ethnicity, partly because I remember one of the first lessons I learned when I transferred to a US school – the importance of diversity.

It may seem a cliche to say now, but to be honest, I didn’t quite get the concept at first. I wasn’t against diversity per se, but I had just come from a country where a vast majority were ethnic Greeks and Greek Orthodox. I didn’t get why diversity or the lack of it should matter or make any difference.

Then I got to know the US better. I made Muslim and Jewish friends, friends from other races, first-generation immigrant friends from all over the world, friends whose ancestors had come on the Mayflower, friends who were partly or mostly of Native American descent. And I started seeing America as unique in this great experiment – testing the hypothesis that a nation of diversity can 1) exist 2) grow stronger together and 3) move forward. 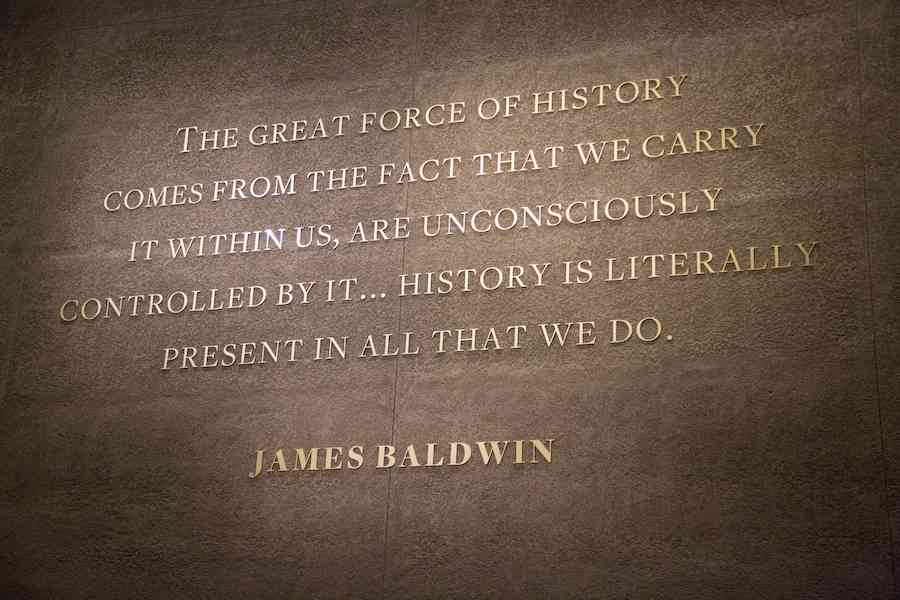 And we may have a lot of progress left to make, but we’ve been moving forward for centuries now.

Which is why this election felt like a slight setback and shake-up for some of us. And why my trip to Washington, DC couldn’t have come at a better time.

I started off with a nighttime walk around the memorials to great former presidents as well as Vietnam and World War II veterans. 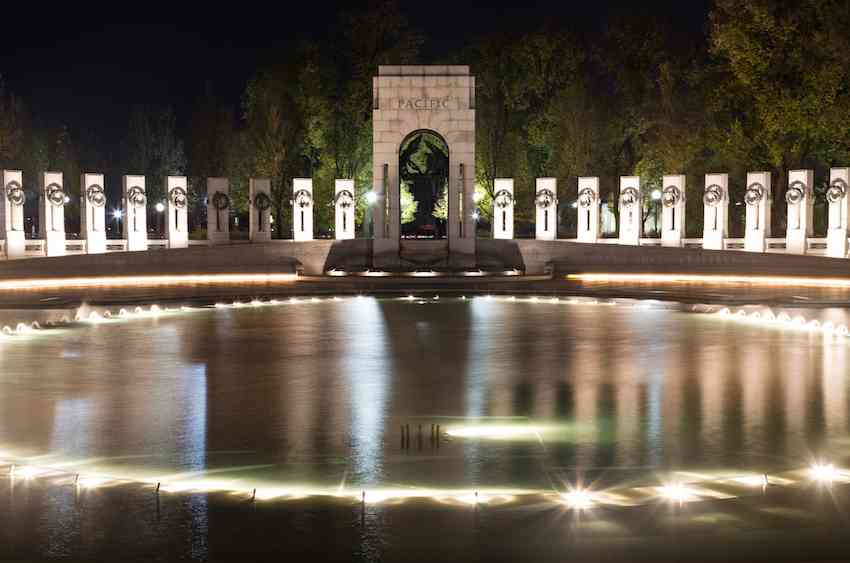 Thanks to the freezing temperatures, late hour and strong wind, I was the only crazy person walking around at that time. And it was a much more enchanting experience than returning to the memorials in the daytime; the solitude gave me some space to reflect and think, space that’s impossible to get when surrounded by strollers, selfies and cameras. 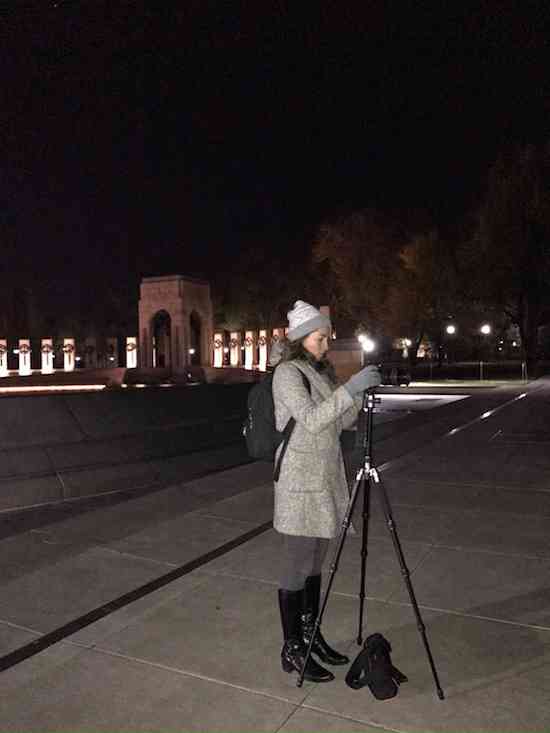 No sound but the wind – if you don’t know the song reference, click this and you’ll thank me

Whipped by that East Coast winter wind which I had not missed in the slightest, yet comforted by the warmth of the lights and reflections on the water in front of me, I thought about the soldiers sent by every US state to help fight Hitler in Europe and help preserve the liberty of others – even while liberty was not freely available to all groups back home.

I walked a little further away and gazed across the river to the Jefferson Memorial. 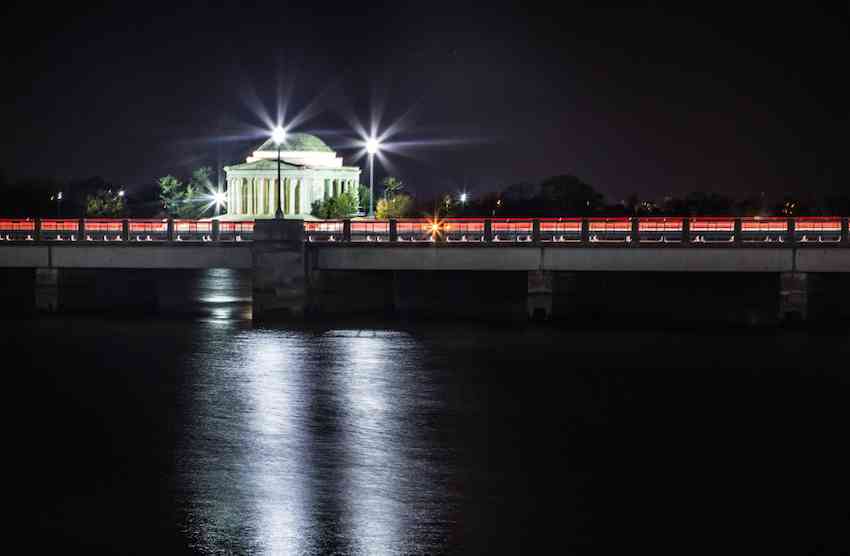 Erected to honor the memory of a man responsible for some profound, inspiring ideas of liberty and independence, yet a slave owner all the same (who also strangely enough worked to end the slave trade), the Jefferson Memorial symbolizes a lot of the internal, ongoing contradiction of America throughout its history.

It captures the schism between the ideal of the US as being a land of liberty and opportunity for all, and a reality that has often failed to match up to that ideal for large groups of people. And yet, through blood, sweat, and tears, arrests, risks, protests and an ongoing effort to keep rolling that boulder up that hill, the US has continued to inch its way forward closer to that ideal. 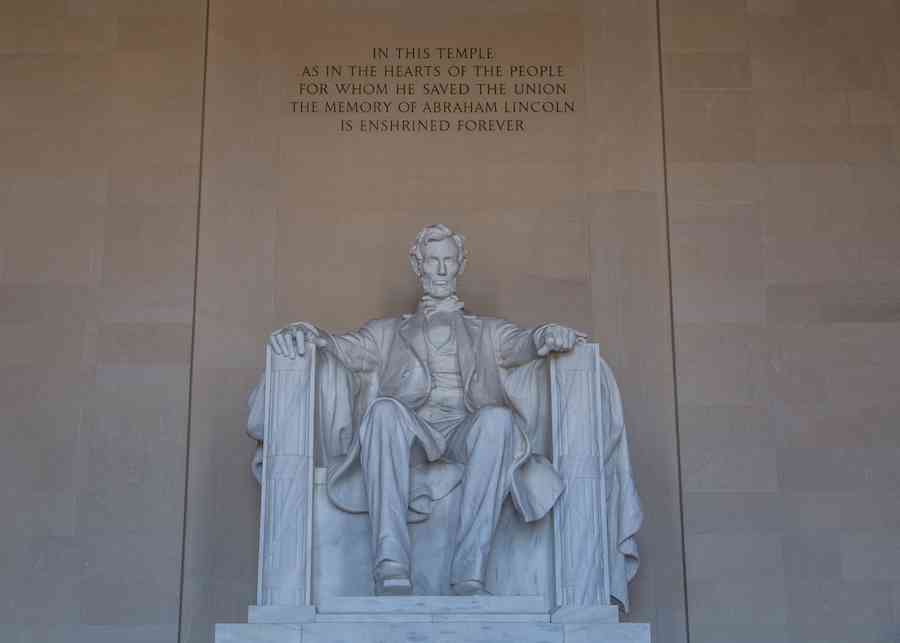 “In this temple as in the hearts of the people for whom he saved the union, the memory of Abraham Lincoln is enshrined forever”

The memories of those who fought for progress, in all senses of the word, and the images and results of their struggle are now enshrined in our nation’s capital. Touring the (free!) museums of Washington, DC, you can see the fight for better quality of life and scientific understanding in the prestigious Smithsonian, one of the largest research institutes and collection of museums in the world. 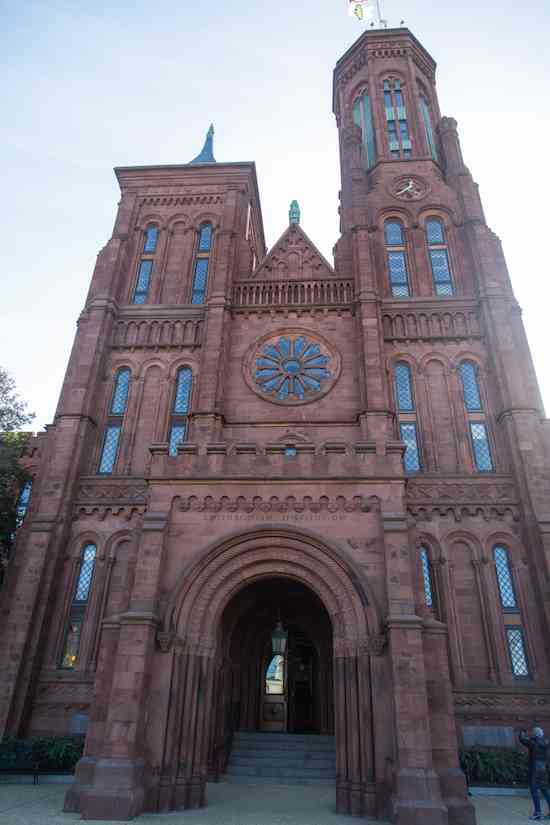 The fight for scientific progress is its own kind of struggle, one that many people in the modern US have started to dismiss and frown upon when they speak of “intellectuals” and “experts” in a derogatory way. I walked through thinking we must find a way back to respecting the tireless work and research of the great minds among us – people who are fighting for a better future and a better life for each generation.

I then stopped by the National Museum of African American History and Culture, which in addition to a gorgeous exterior design, has the most moving array of exhibits I’ve ever seen. I would highly recommend it to any prospective Washington, DC visitor; you should preferably get there early in the morning to get tickets (which are, again, free). 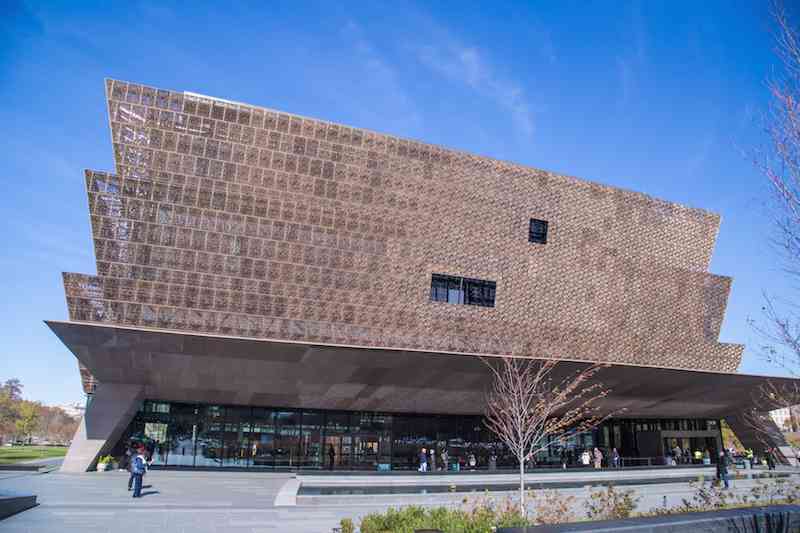 I walked through the history of African Americans in the US chronologically, from the seeds of slavery through segregation to the election of President Barack Obama. 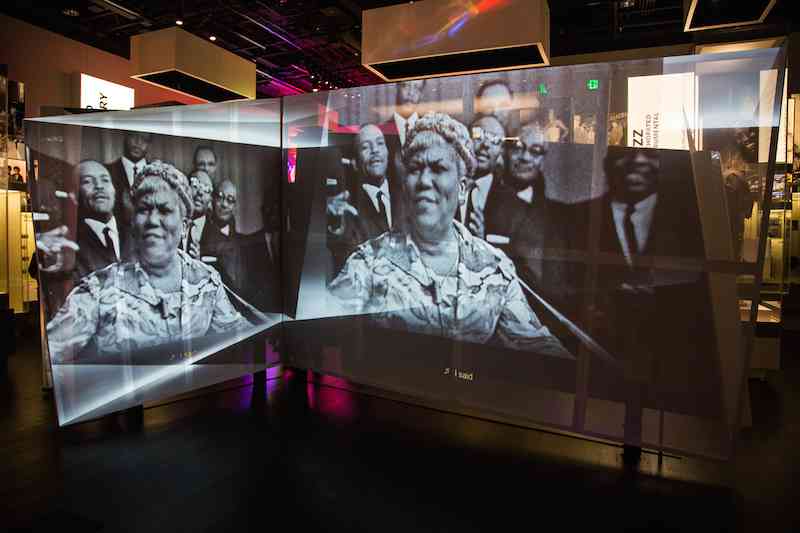 Some exhibits included footage and audio that was so troubling and moving, it was hard to keep emotionally detached. The coffin of Emmett Till, a 14-year old boy brutally murdered in 1950s Mississippi for flirting with a white woman, in front of pictures of his mother in agony, moved almost everyone that passed it to tears.

The depictions of slaves chained on top of one another in slave ships, the words and dignity of those who refused to back down from the fight for their civil rights, even with their lives under threat, reached a deep place within most visitors around me, including myself.

When a museum manages to immerse you in this way, it has done a superlative job.

Pausing to smile at the museum’s gold record wall

After exiting the museum and walking around Washington DC as the sun set, I was a mess of thoughts and feelings – saddened yet inspired; troubled yet hopeful.

For the first time, I think I fully realized that the history of the US is, at its core, one of constant struggle. Perhaps the biggest lie many of us have told ourselves, or at least partially accepted in the last years of relative prosperity and internal peace, is that the struggle is over. 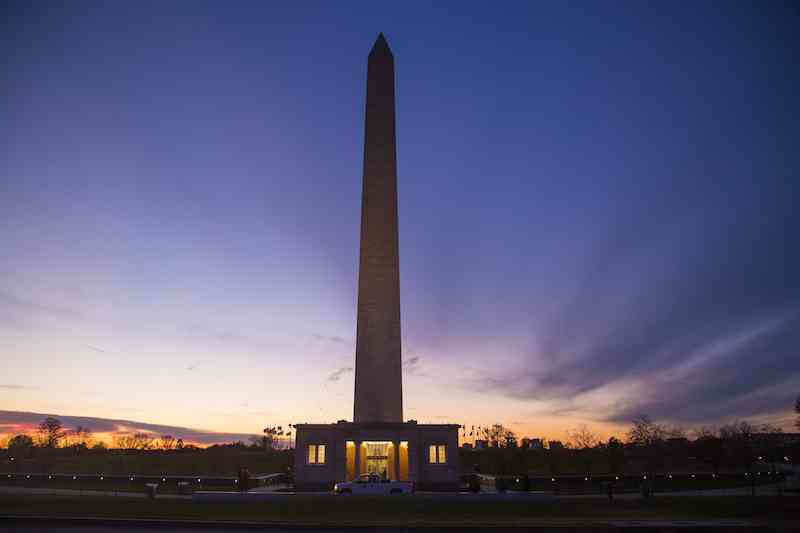 The sun sets behind the Washington Monument

Perhaps a shock was needed to help draw those of us who have grown comfortable back into the struggle; the struggle for equality, for diversity, for greater intellectual understanding, for everything that America at its most aspirational is supposed to stand for and represent.

My experience in Washington, DC was travel at its best. Travel is not just about seeing new places and discovering new cultures – it’s the exposure to new and different ideas that give you hope, understanding, and inspiration on a whole new level, even when you feel at your lowest. Travel can make you come to realizations you never thought possible.

With the sun fully set and a sense of renewed hope, I bid a happy and fulfilled farewell to Washington, DC. 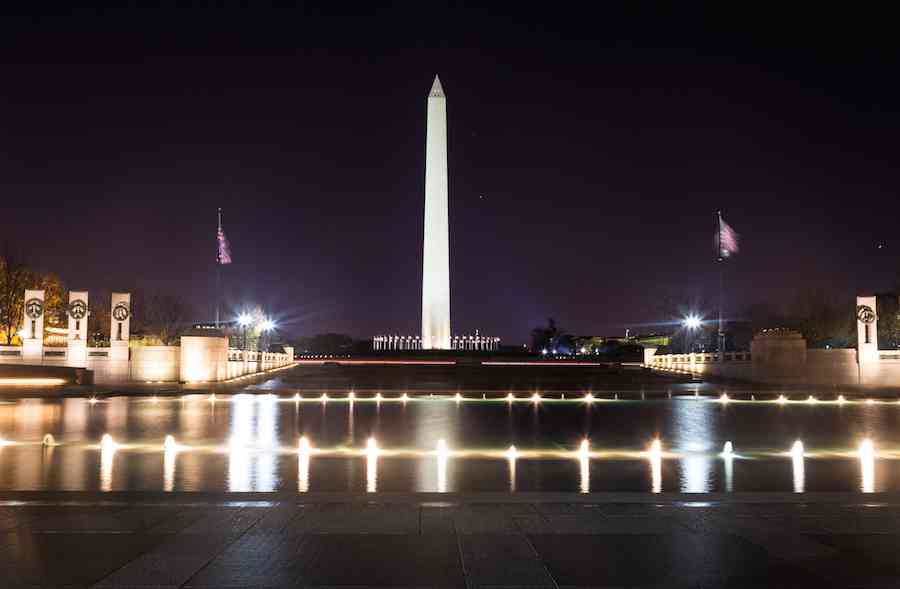