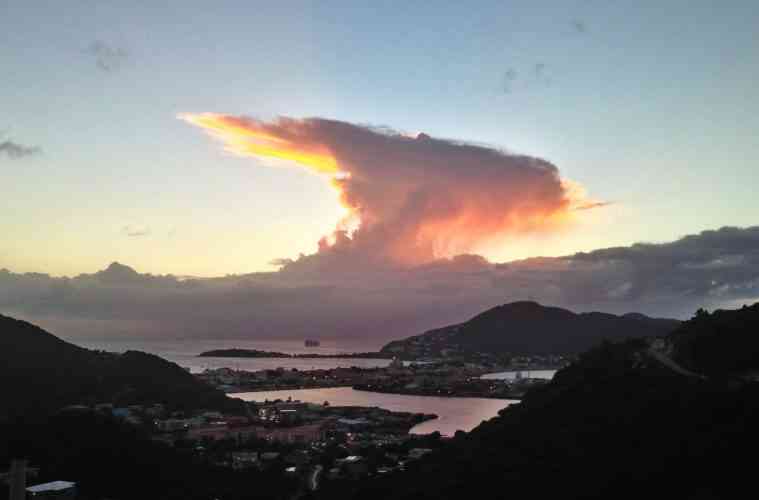 When flying into St. Maarten, the first thing I noticed, as we made the final descent into the airport, is that the airplane was passing over some resort’s beach lounge chairs at a distance that appeared to be 20-30 feet above ground.  I can’t imagine who would ever hang out here, as every landing probably caused sand to spray in your face while your belongings were relocated along the beach by the sudden gust of air.

I got off the plane and headed to passport control, where I tried to understand how I should pronounce the island I had just landed on.  Passport control suggested Sint Maarten, while a tourism poster argued in favor of Saint Martin; further suggestions included Saint Maartin, Saint Marten, and even one Sind Maarten.  Part of the confusion comes from the fact that this island is divided into a French side and a Dutch side, each of which pronounces their section differently.  I know colonial powers were responsible for some obviously ridiculous borders, but subdiving an already tiny Caribbean island (all 33.6 square miles of it) seemed particularly insane.  For my own reference though, I eventually figured out Sint Maarten was the correct Dutch pronunciation, while the French preferred Saint Martin.

Since my point of departure had been New York, which was already enjoying sub-freezing temperatures in November, I had made the decision to wear a wool sweater, jeans, and boots on the plane.  This seemed even more intelligent when the moist Caribbean heat hit me as soon as I exited the airport, and turned me into a sweating mess almost on impact. I must have made quite the impression: leather boots, black wool clinging to my skin, and hair frizzing up towards the sky.  That impression being one of ‘idiot tourist’.

We got a rental car and started the drive to Guana Bay, where we would be staying.  You wouldn’t think it would take long to get anywhere on an island of 33 square miles, but passing through Philipsburg (the Dutch capital) took a solid 45 minutes, thanks to the parking-lot congestion of the road, worsened by the sudden rain that started pouring down.  I never thought I would experience the agony of rush hour on LA freeways anywhere else in the world, but for a minute, St. Maarten brought back these beautiful memories of home.  We were later told that traffic on the Dutch side is pretty much a constant, regardless of time, day, or season.  At least it was dependable.

Guana Bay was beautiful to look at, but the craggy shore and wavy Atlantic discouraged any actual swimming.  The rain subsided and a rainbow appeared on the horizon.  Tropical storms are always beautiful like that.  They appear out of nowhere, you get soaked but not cold because the temperature is comfortably in the 80s range, and then they stop as suddenly as they’ve started. 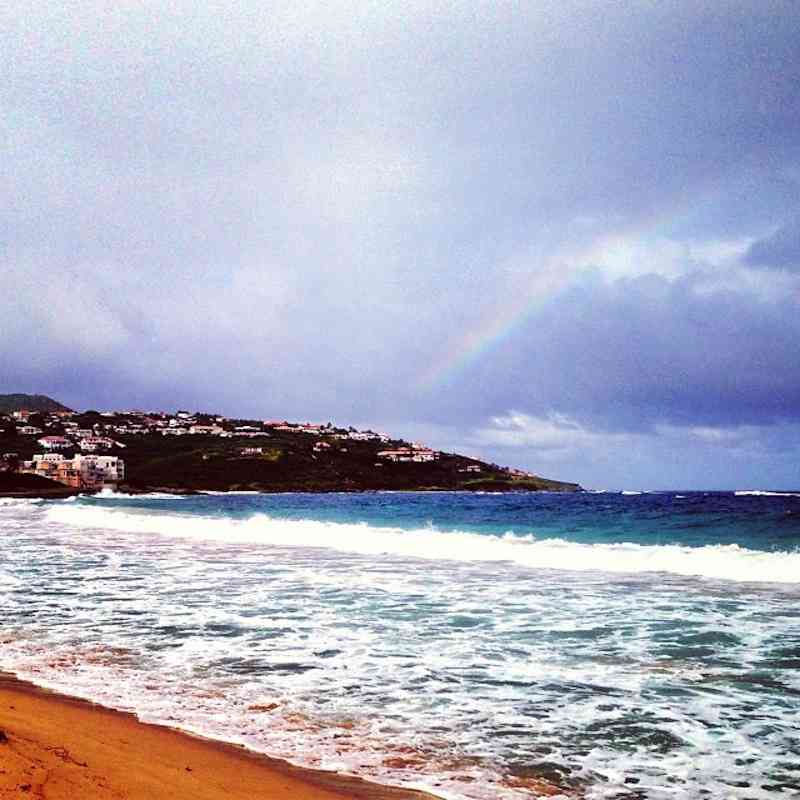 Driving around at night to find a restaurant, I decided I already liked St. Maarten quite a lot.  So many islands in the Caribbean have been turned into a massive compound of resorts.  Everywhere you go, all you see are shops geared to tourists and Marriotts and Hyatts.  Obviously St. Maarten also has resorts, and its tourist shopping sections, but the island feels more real, somehow.  A lot of the people you run into are locals, and in Philipsburg, except for one small area by the bay, a lot of the clubs, bars, and restaurants I passed were definitely hang-out spots for locals.  I was also told that on the island, the Dutch side is were people mostly went for nightlife (but also drugs and prostitution; those three things are connected everywhere I guess) while the French side was considered a little more refined and upscale.  So at least the two sides live up to the stereotypes of their respective countries.  I will have to check out the French side and see the difference soon. 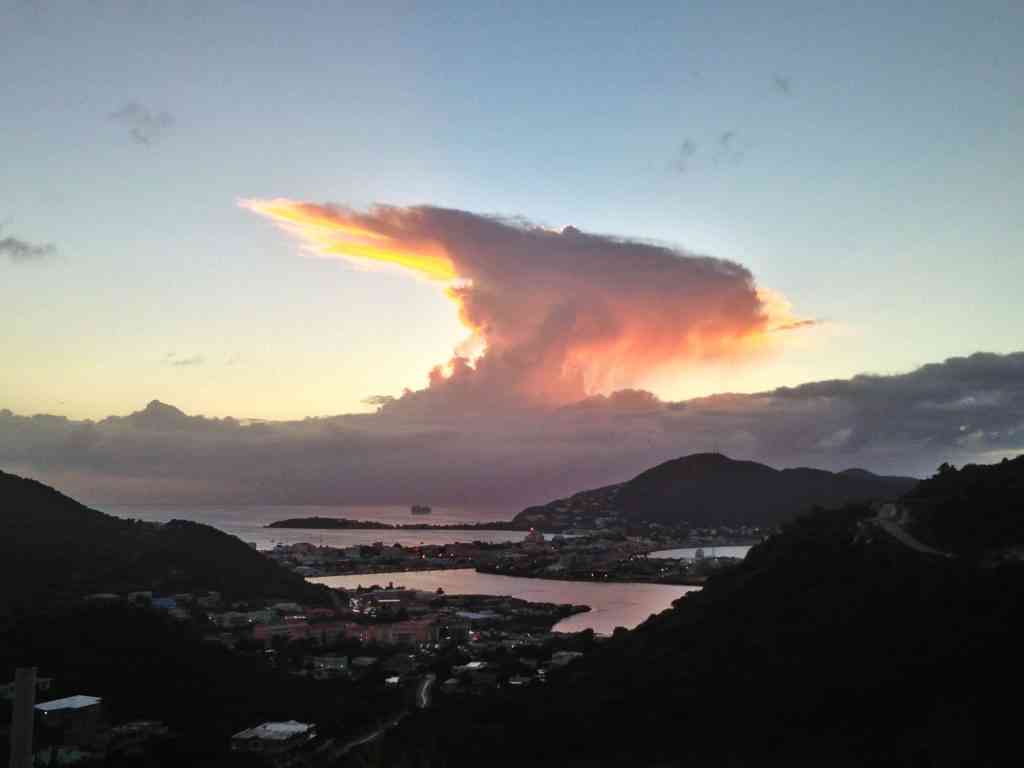 Sunset at Guana Bay – Dutch Side