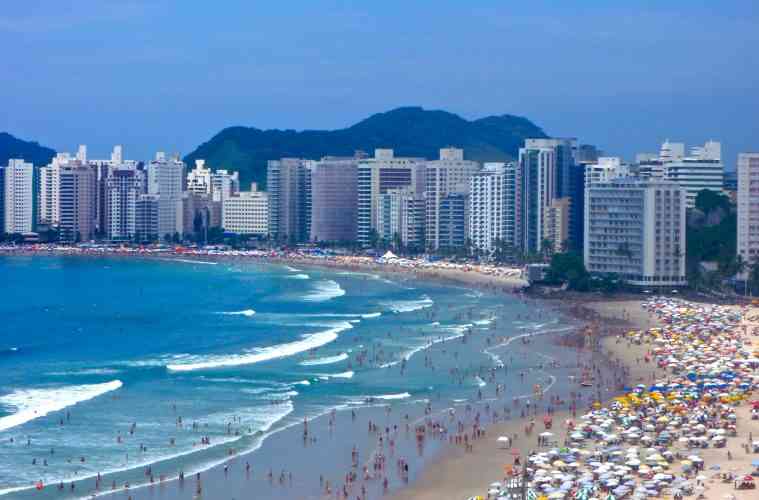 The Freedom of Travel: A Weekend Trip to Guaruja, Brazil

Why does travel push us to shed our inhibitions?  Looking back on my trip to Brazil, I made some of my most carefree and impulsive decisions in a country with which I had no familiarity, where the evening news was constantly discussing new and inventive ways people were getting kidnapped and/or killed.

I was in São Paulo, studying abroad and staying with a wonderful home stay family, when five of my friends from the program and myself decided to venture to the beach.  After the usual confusion that erupts when six 20-something year olds try to make a coherent plan everyone is on board with, we checked the local bus schedules and decided to take public transport to Guaruja, a beach side community about forty five minutes away, and then switch buses to go further up the shore to a hotel we had booked for the weekend. 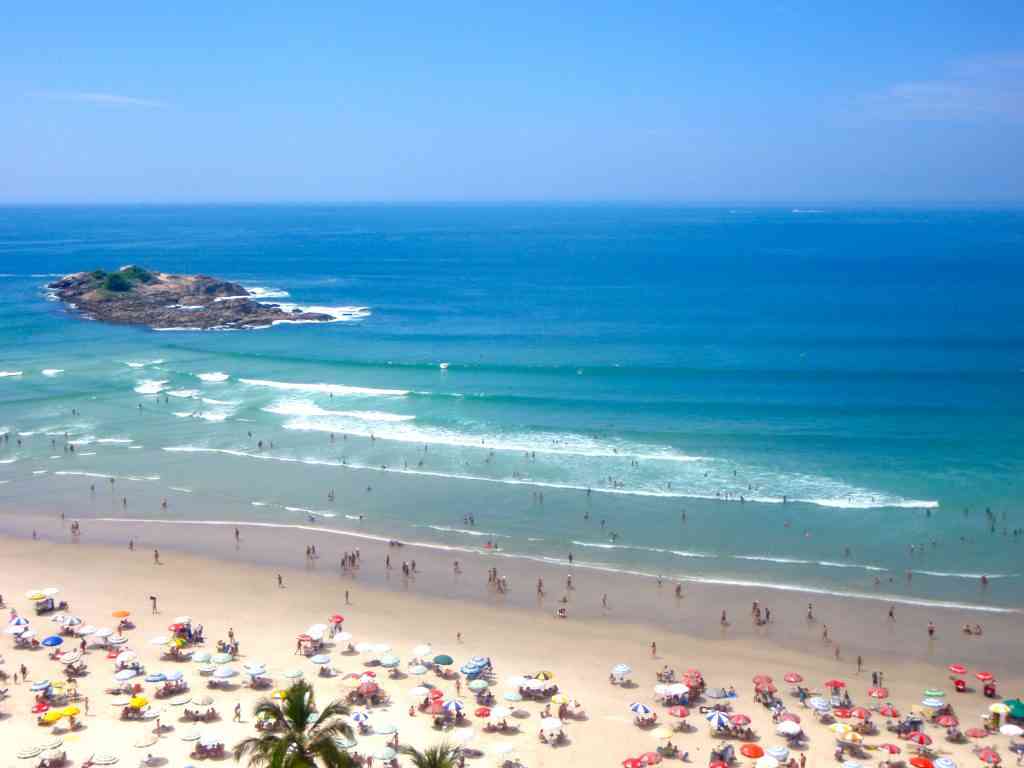 Due to some confusion over the aforementioned bus schedules, we ended up being delayed and found ourselves approaching Guarujá near sundown.  We chatted with some locals next to us on the bus, to find out if our connecting bus to our hotel would still be operating at this time.

“Oh, you can still catch it.  But I wouldn’t take it if I were you”.  Why?  “They’re having some problems in the areas on that route, some people have been stabbed and…you know, it’s going to be dark now.”

That was pretty much all we needed in terms of discouragement from completing our trip.  So as we discussed what we would do when we got to Guarujá, a surfer in the seat next to us offered his apartment up as lodging.  Now, we had hardly spoken to this guy and though he seemed cool and friendly (the demeanor of surfers is an international constant), I have to admit that a similar offer from a man I didn’t know on the city bus back home would have gotten a wide-eyed stare, a murmured “No, thank you”, and a shuffle over to the most distant part of the bus in response.

However – we were in Brazil.  Every Brazilian we had met so far was overflowing with warmth and generosity, and there were six of us who would be staying together, so in the event that our charitable new friend turned out to be a crazed serial killer, six against one guaranteed we’d at least put up a good fight.

Our stay was incredible.  He had a condo on the 15th story of a high-rise right on the beach, overlooking the ocean.  That night, we found to our delight that bottles of cachaça, a strong Brazilian liquor, could be purchased for the equivalent of about US$3 (cheap alcohol is college student nirvana), so we stocked up on alcohol and juice, and went for a nighttime walk on the beach.  As the night wore on, we fell into a spellbound admiration of the crashing ocean waves, coupled with some fevered discussions of life and its nuances so characteristic of people with too much alcohol and too little sleep. 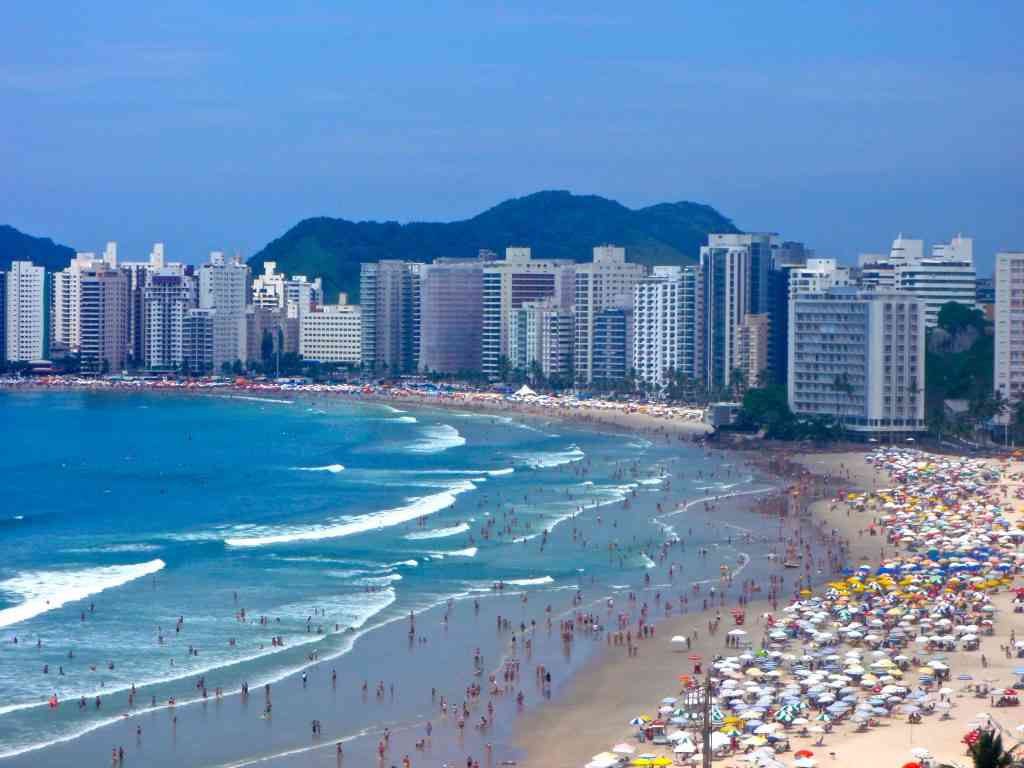 High-Rises on the Beach in Guarujá, Brazil

At some point, we naturally decided the best course of action would be to go skinny-dipping on this isolated beach.  I remember vaguely thinking if public nudity was a punishable offense in Brazil, since our clothes were lying out unwatched on the sand, and wouldn’t it be funny if one of the teenagers occasionally passing by took them.

Eventually, after much laughing and splashing around, we came out of the water, did a head count to make sure all six of us were on land, and found our clothes undisturbed.  After unsuccessfully attempting to get into one of the clubs near the beach (apparently our salt-water drenched, sand-encrusted selves were not welcome), we decided to call it a night and headed back to relax on the balcony of our temporary lodging.

I found out all too late that the balcony door locked automatically from the inside, after one of my friends went in to fall asleep and closed it.  So I was left with a friend of mine on the tiny balcony 15 floors up until 8 AM, when the first one of our group sleeping inside finally heard our repeated attempts at knocking and came out to check.  All I can remember thinking of the entire night was a combination of “Can’t fall asleep – might tip off balcony” and “Can a bladder actually explode and after how much time would that happen?”  But the night was warm and the view was amazing.

Even after all that, I still recall that night as one of the best of my life.  I can remember almost every moment.  Sometimes I wonder how different we would be if we took a small part of our ‘travel selves’ back home with us.  I’m not suggesting drunkenly skinny-dipping in your community pool.  I just wonder sometimes, if we could be a little more spontaneous, a little more engaged with our surroundings and the people around us, even in our hometown.  Wouldn’t it be nice to be more like the people we are abroad?