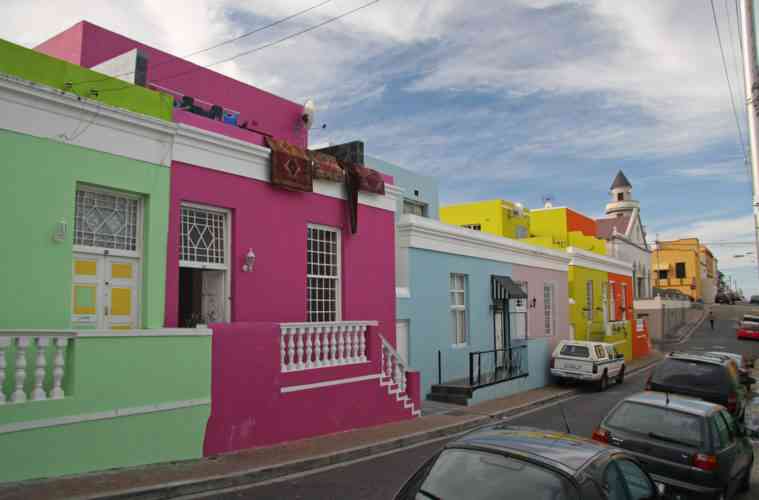 10 Things I Learned from Life in the Bo Kaap

I had the extraordinary privilege of spending 6 weeks with a host family in the Bo Kaap, otherwise known as the ‘Malay Quarter’ of Cape Town, South Africa.  The neighborhood is almost entirely populated by Muslim people of Cape Malay heritage, and it is best known for the colorful houses so prominently featured on postcards of the area.

But over the course of 6 weeks I gained an entirely different appreciation for the neighborhood and its residents.  The residential area is a tight-knit community, and once you have entered its streets, only a few blocks removed from the hip Long Street area of Cape Town, you feel as though you have left the city and entered a small town.  The people here know each other well – they’ve grown up together, they’ve prayed together, they’ve gotten entirely too involved in each other’s business together.  Both the beauty and the annoyances of small-town life are definitely present here.

Although I only lived here a short time, my host siblings made me feel right at home, and remembering my time in this place brings almost the same nostalgia as certain childhood memories I hold dear.  Spend some time with a host family here, and I guarantee your visit to Cape Town will be firmly imprinted on your memory for years to come.  So here are the 10 most vividly remembered lessons I learned while living in the Bo Kaap. 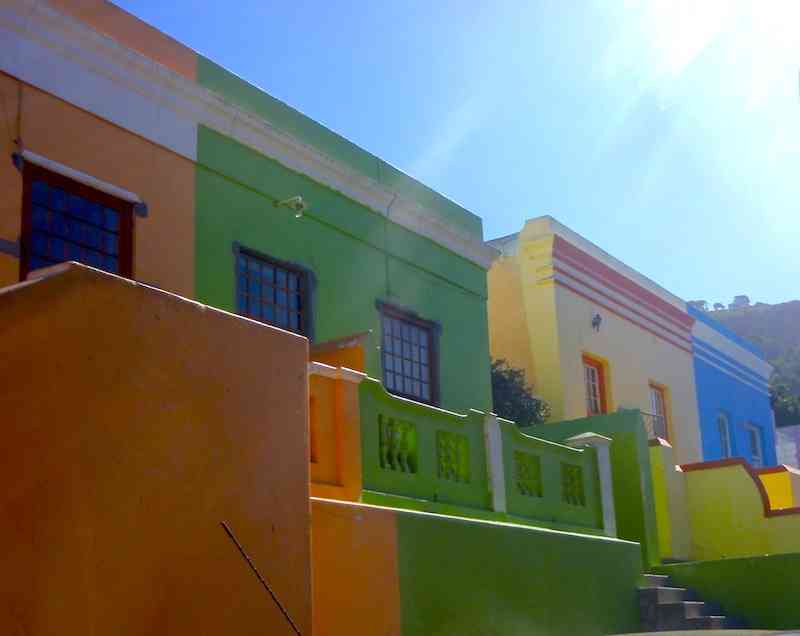 1)  Living in a house with open doors, constantly overrun with people, noise, and laughter, is absolutely wonderful.  My host mother had five children – her eldest daughter of 25, and four brothers between the ages of 17 and 23.  In addition to her already large family, she was engaged to a man in the same apartment building who also had five children.  It’s a magic number, apparently.  His children would constantly come over to the apartment, as the two families had grown quite close in anticipation of their parents’ marriage, and the childrens’ friends were always welcome to come in and out of the house as well.  I grew up as an only child; I can’t convey how refreshing it was to have people constantly popping into the house, running, bickering, playing around, joking.  The house felt joyously full, and no one minded that there was little space to share.

2) Nothing can compare to the smell and taste of sweet rice and spicy chicken.  Cooking for a family of infinity had really perfected my host mother’s cooking skills.  The residents of the Bo Kaap, due to their heritage and culture, tend to make a lot of southeast-Asian-inspired dishes.  I remember repeatedly asking for the recipe for my host mother’s sweet rice, which I have unfortunately misplaced now.  Just the thought that I may never eat that exact same wonderful dish again makes me sigh.

3) My anxieties regarding how to behave within a conservative Muslim family as a non-religious American were completely unfounded and unwarranted.  The study abroad program that placed us (the students) in the Bo Kaap had warned us about respecting our host family’s religion and traditions.  We were not to come home smelling like alcohol; we were not to wear clothing that was too revealing (keep in mind this was during the height of the South African summer); we were to follow many rules of etiquette that I honestly do not even remember anymore.  My host mother never covered her face, but she was covered from the neck down within the house, and would always cover her hair to go outside.  The first few days I felt too anxious to wear shorts, or to have even one drink while I was out.  Until my host mother explained that just because she respected the religious rules she believed in, she didn’t expect us to believe the same things or act the same way – we did not need to be so restrained just for her sake.

4) Calls to prayer from a mosque are among the most surreal and enchanting sounds I have ever heard.  When I said I was not religious, I didn’t mean I was atheist.  I literally mean I don’t concern myself enough with the subject to bother to pick any side.  I’ve opted out of the debate entirely (this is not meant to offend anyone, just giving a clear view of my stance to explain the importance of this memory).  So trust me when I say, if I can be moved by a call to prayer in a language I don’t understand, in a religion I have not been brought up in and know little about, you will definitely be moved as well.  Walk down the Bo Kaap’s streets during one of the five daily calls to prayer.  Feel the noise suddenly die down and most movement cease as the imam’s voice rings out loud and clear through the mosque’s speaker, his prayers flowing through the streets.  If you don’t feel a little spiritual then, you never will.

5) No visit to the Bo Kaap is complete without a visit to Rose Corner Cafe.  This is a locally known place located at 100 Wale St., close to the entrance of the Bo Kaap.  It is a cafe/shop with a wide and somewhat random variety of items.  Almost everyone who lives in the Bo Kaap stops here daily.

6) The actual ‘best view’ of Cape Town, unknown to the rest of the world, could be found on my balcony.  My roommate and I would spend hours on the 3′ x 5′ balcony staring out at Table Mountain, standing tall over Cape Town, clouds rolling down its side only to disappear over the edge, while at night music from the Long Street bars would float up towards our ears, sounding quiet and distant, as though a transmission from thousands of miles away.  I couldn’t understand why my host siblings didn’t spend the entire day staring enchantedly at this view.  Then again, it had been right outside their window for their entire lives. 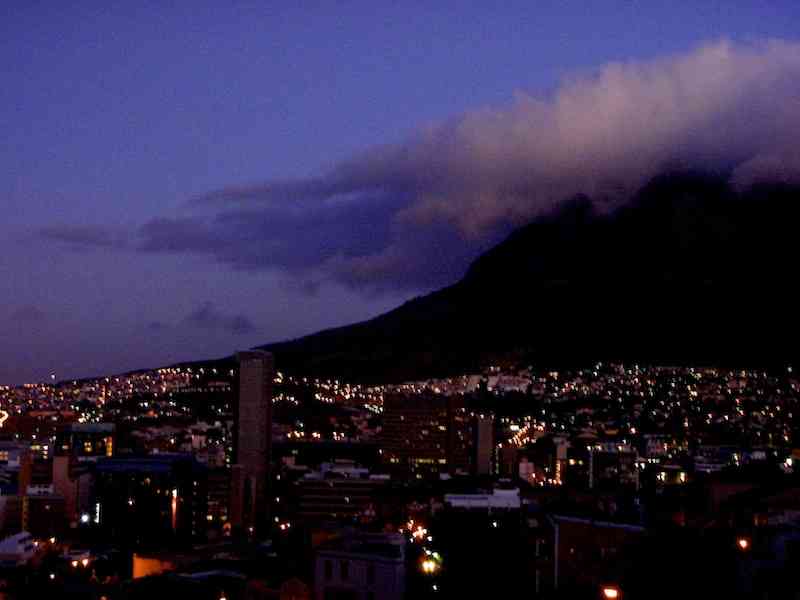 7) Never let South Africans try to teach you rugby after a night out.  My host brothers decided they should teach me how rugby is played, so at 2 AM we headed to the park.  For those who aren’t that familiar with the sport, rugby is what you get when you mix football, the climax from Braveheart, and murder.  I got the wind knocked out of me twice and spent a few minutes lying on my back staring at the stars, unwilling to get back up and have the carnage continue.  I don’t remember how to play, but I do now know that rugby is a national OBSESSION in South Africa.

8) Race is a very emotional and tense subject, more so than in the US.  This makes sense, considering apartheid only ended a little over two decades ago.  My host mother’s generation and the generation before hers had lived through it for most of their lives.  I had frank discussions with my new friends and host brothers about topics like race and religion.  Racism is present almost everywhere in the world, but in countries like the US it tends to hide, to be overlaid with PC-phrases and wrapped in subtext.  This is not the case in South Africa – be prepared for rather frankly expressed racism in some parts. (Americans should note that the Cape Malay population in South Africa is called ‘colored’. This does not actually carry the negative connotations associated with the word in the US, it’s just the term that is used – races here are white, colored, black – but if you grew up in the US you will probably still feel bad and wrong saying it. It took me a while to get used to it.)

9) Bo Kaap is more like a small town than an urban neighborhood, with all the pros and cons that entails.  As I mentioned in the intro, Bo Kaap is a charming tight-knit community with a village feel.  People are close, supportive, friendly, as well as too involved, intrusive and ready to gossip.  As it’s always been and always shall be in bonded, closed communities like this one. 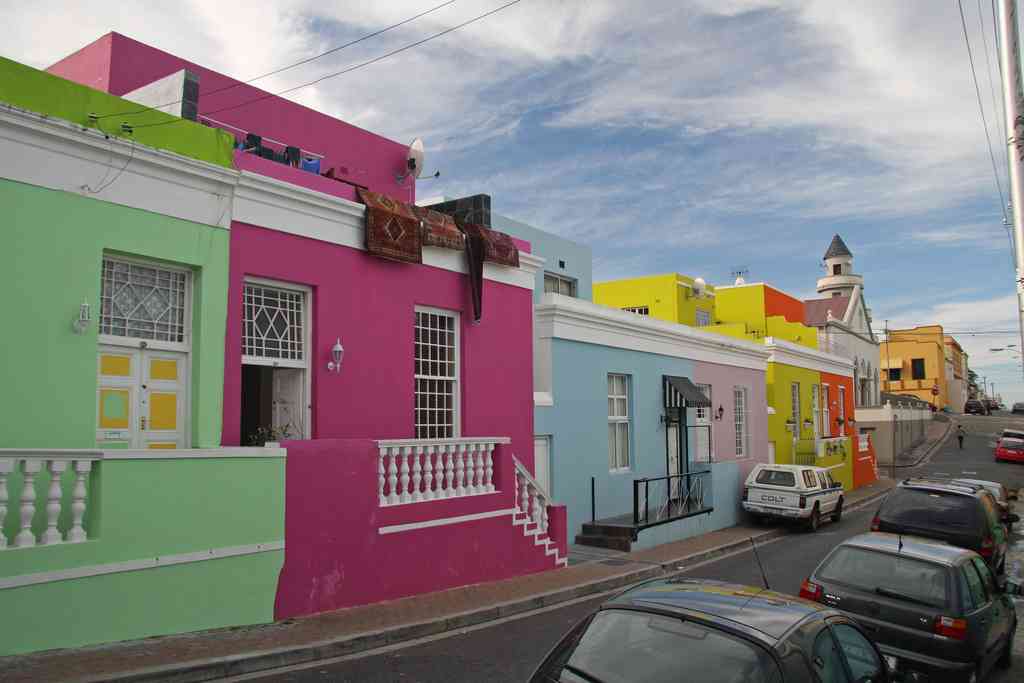 10) What I Remember Most: The people of the Bo Kaap are some of the kindest and most generous you will EVER meet.  My host family took me in as one of their own, showed me the city through their eyes, and were all enthusiastically curious to learn about my home, my life and experiences.  We would stay up until 3-4 AM on that balcony, talking, bonding and laughing.  I had left the Bo Kaap for two weeks when a car hit me in South Africa.  My host brothers visited me in the hospital and during my recuperation.  They joked and sympathized and commiserated and made me feel better.  I do not know how to even begin to thank them for the acceptance and strength they gave me.

Visit the Bo Kaap, but if possible, don’t just duck in for five minutes to take pictures of the colorful buildings and duck right back out onto Long Street.  Stay for a while.  It’s an amazing place that will reward you with warmth, beauty, and memories.

A big thank you to my lovely host family and all the friends I made in the Bo Kaap!

Have you spent any time in the Bo Kaap?  What were your experiences there?  Share below!