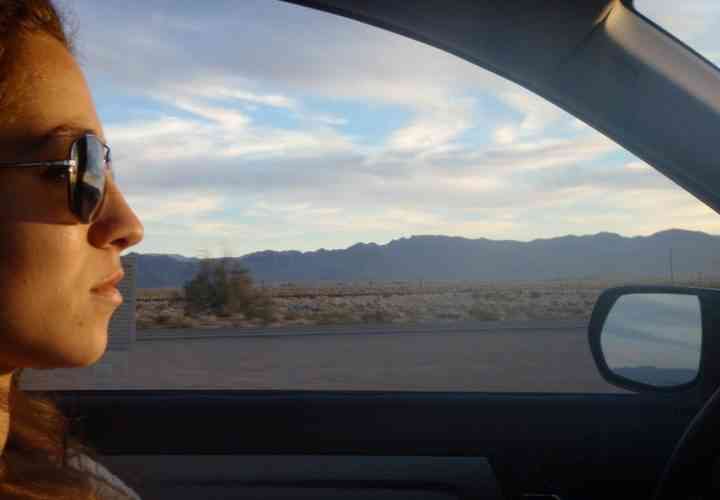 7 Best Artists for your US Road Trip Playlist

I have developed a slight addiction to road trips since moving to southern California, after finding out about all the deserts and national parks just a few hours’ drive away.  Besides, when I’ve become used to spending up to three hours in my car just to get from one end of Los Angeles to the other during rush hour traffic, a few more hours to get to a different state doesn’t seem like such a big deal.

One of my favorite parts of planning a road trip, especially solo road trips, is setting up my playlist and listening to my music the whole way through.  And for US trips, especially those that involve driving through the American West, there is nothing like a steady stream of folk/rock/Americana road trip songs to get you through the long hours.  Here are some of my favorite artists on my road trip playlist:

This duo from Ohio has quickly risen to fame in the last years for their special brand of bluesy rock.  Whether you prefer their more mellow ballads or their rock anthems, it’s not hard to find at least 8-10 songs, especially from ‘Brothers’ and ‘El Camino’, that you will fall in love with.

Personal Favorites: Little Black Submarines, Tighten Up, Hold Me In Your Arms, Gold on the Ceiling, Howlin’ for You (check out the bonus version ft. Prins Thomas Diskomiks), Girl Is On My Mind, Mind Eraser, Too Afraid To Love You, Lonely Boy

It might seem strange that a US road trip list should include a teen Brit, but checking the charts lately, it’s apparent no one does Americana like the English (see: Mumford & Sons later on in the list).  This teen prodigy recently released his second album, and got famous relatively quickly from his humble indie beginnings a few years ago.  His voice and musical talent are much more mature than you would expect, and his songs beautifully capture the environment and ennui of many small towns in America.

Black Rebel Motorcycle Club is a great alternative rock band out of San Francisco, but their sound definitely veers more towards Southern/blues rock than West Coast.  The album ‘Howl’ is my personal favorite, followed closely by ‘BRMC’ and ‘Baby 81’.  If you’re driving through the backwoods of the Deep South, they definitely have the road trip songs for you.

Second British group that is permanently on my road trip playlist.  There have been rumors flying around that the break Mumford & Sons are currently taking from music might be a permanent one (unlikely in the music world, in which artists announce their retirement and subsequent comeback at least 5 times during their career).  It would definitely be a strange direction to take after their album ‘Babel’ performed so well in the charts and at the Grammys.  In any case, when you’ve been driving long enough that your initial trip excitement has worn off, and you’re in a calmer, more introspective mood, this is the music you should switch on.  Most of their songs have a softer, more melodic feel than the artists already mentioned, and their albums are absolutely beautiful to listen to, with not one ‘miss’ song to be found.

Personal Favorites: I Will Wait, Hopeless Wanderer, Home, Little Lion Man, Hold On To What You Believe, The Cave

This legendary California band has been going strong for 30 years, and has had plenty of time to keep changing and experimenting with their sound.  ‘Stadium Arcadium’, ‘Californication’, and ‘Blood Sugar Sex Magik’ all contain great hit songs, and a 30-year successful recording career means you can find plenty of tunes to add to your road trip playlist (including a song called ‘Road Trippin”), especially if you’re driving through California, which inspired a lot of their music.

Personal Favorites: Around the World, By The Way, The Zephyr Song, Can’t Stop, Californication, Dani California, Higher Ground, Aeroplane, Under the Bridge, Soul To Squeeze, Tell Me Baby, She’s Only 18, Wet Sand, Charlie

This Las Vegas band has churned out a lot of great rock hits over the years.  Their music is perfect for any road trip through the US, as Brandon Flowers loves to draw on his experience growing up in a small town in Utah for much of his music, especially in ‘Sam’s Town’.

Personal Favorites: Read My Mind, When You Were Young, Human, All These Things That I’ve Done, Mr. Brightside, Human, Runaways

If you haven’t heard of this Icelandic group, download their songs immediately.  Their female lead singer has a very clear, pure voice that matches the soft folk feel of their songs.  A lot of their songs are centered on loss and nature, but are surprisingly relaxing and even feel inspiring sometimes.

Also check out this cool site I found, Music Road Trip!  You can create a playlist starting and ending with two artists of your choosing, and they will fill in the rest of your playlist with music that transitions smoothly in between your two picks.