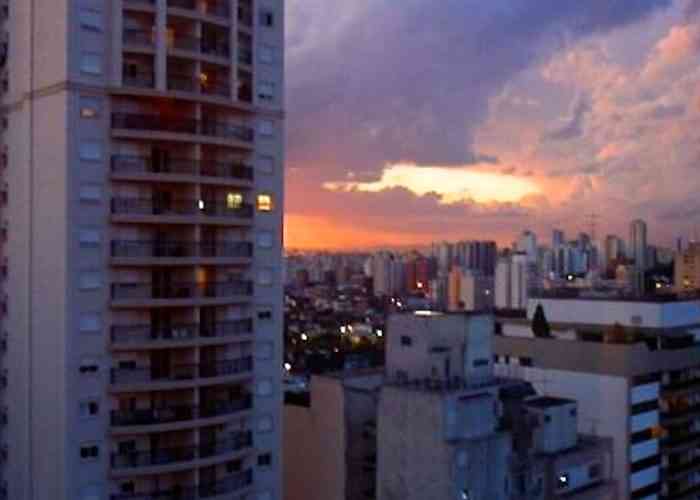 I’ve been in São Paulo a little over 24 hours, and most of that has been spent sleeping off jet lag.  But for the hours I’ve been conscious, I’ve been walking around my neighborhood and looking at maps, realizing even if I stayed here for four years, there would be little hope of exploring every corner of this city.  I took a bus from Guarulhos Airport to a hotel in the city center, passing through seeming miles of favelas on the airport’s outskirts.

The mixture of heat and humidity has caused my hair to expand to twice its size.   I walked from the hotel to Avenida Paulista,  the main banking/commercial street here, and apparently the general rule is that the closer you get to Paulista, the better the neighborhood becomes.  Conversely, the further you are from Paulista…well at some point I was advised to always walk with plenty of male friends so I don’t get approached as a prostitute.  The city is a hectic, chaotic maze with a lot of little shops, bars, and cafes forsaking a fourth wall to be open to the street.   I hope none of these descriptions come across negatively; the atmosphere is amazingly friendly and welcoming,  making you feel as though you can easily wander in and out of every place you pass, and then, even when you settle down somewhere, you can gaze unobscured out on the street and people-watch for hours on end.  They even have their own Naked Cowboy!  I don’t think he’s officially called that though.  Actually I’m not sure he’s famous in any capacity.  But I saw a man walking around the streets in his underwear with a huge smile on his face, and that needs to be shared.  So here you go: 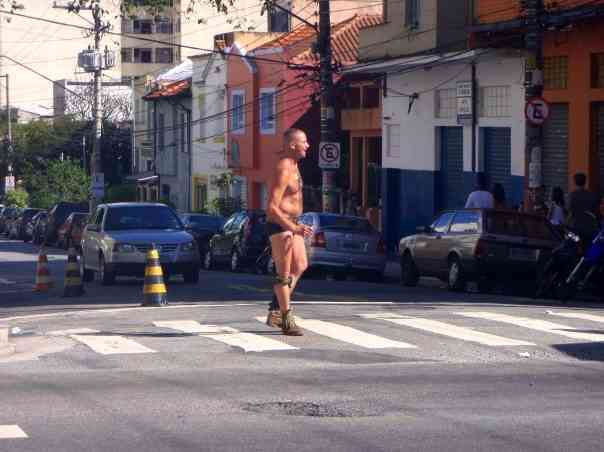 The Naked Cowboy of Sao Paulo

I’m here in during the summer season (January), and sudden downpours seem especially frequent, while the drainage system seems non-existent, so each side of the street basically becomes a small but surprisingly rapid river.  During a night of bar-hopping, you may sometimes find yourself facing an Oregon Trail-like dilemma of how best to ford across to your next destination.  But in Brazil, with 85-degree weather and lively, laughing people swarming all around you, even this will do nothing to dampen your mood. 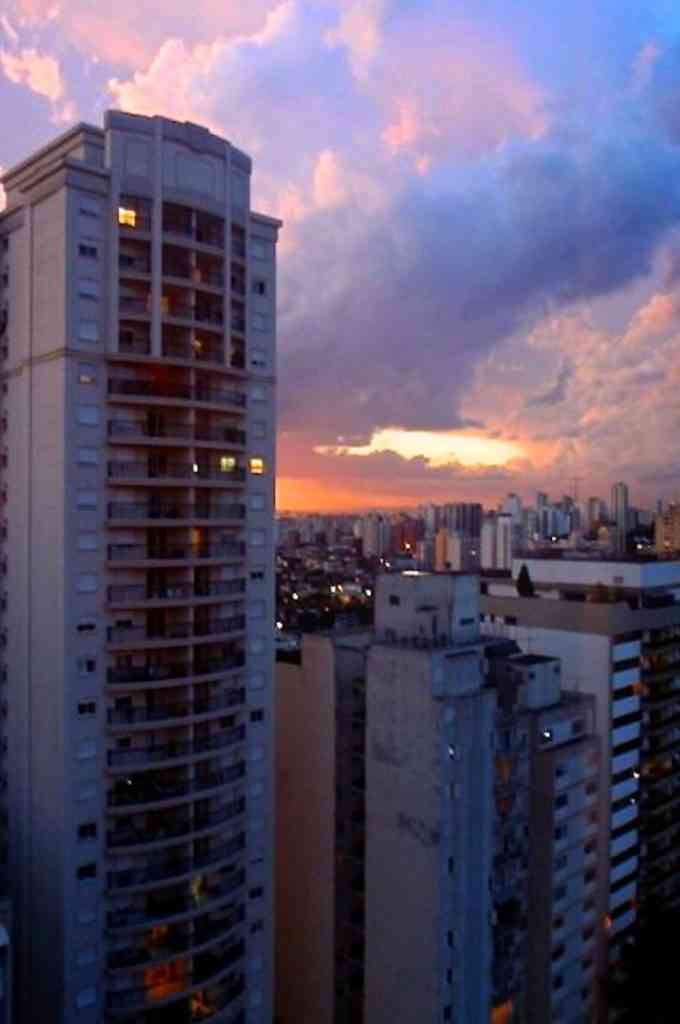 Today I also met my host family (the virtuous people who have made the seemingly insane decision to let me eat them out of house and home) and settled into the apartment.  Its on the top floor of a towering apartment building, and it overlooks quite a bit of Sao Paulo, though I still have yet to see where the city ends.  The haze of humidity makes it seem as though the urban sprawl continues towards infinity.  This is an endless city of 20 million residents, where any mention of  ‘urban planning’ is regarded with a type of bemusement by most long-term residents as they condescendingly smile at your naivete.  It’s probably the same reaction a child would get after suggesting that maybe this year he’ll get to see Santa Claus.

My host mother’s name is Maria, and she has three children, though only her youngest, Lara, still lives at home.  Lara is 16, and she speaks some English from what she has learned at school, which is good, because Maria’s heartfelt ‘Hello!’ seemed to encompass her entire English vocabulary.  So I will need to pick up some basic Portuguese, and fast.  I always find that being in the country where the language is spoken greatly accelerates my learning curve, out of necessity, so hopefully some basic conversational skills won’t take too long.

The first phrases I should focus on learning are ones I could use to firmly but politely refuse more food.  Maria strongly believes that even breakfast should consists of three courses and dessert, and unfortunately, she is an excellent cook, so controlling myself is a challenge.  However, I don’t want to purchase an entirely new wardrobe here to accomodate 30 extra pounds.  So I will allow for an extra 10-15 and chalk up another win to self-control.

This is the view from my bedroom.  Yes, be jealous.  I’ll go to sleep tonight thinking about the millions of streets I see out there and how there is no way I will ever get to see them all.  But damn it, I will try.  Goodnight from São Paulo. 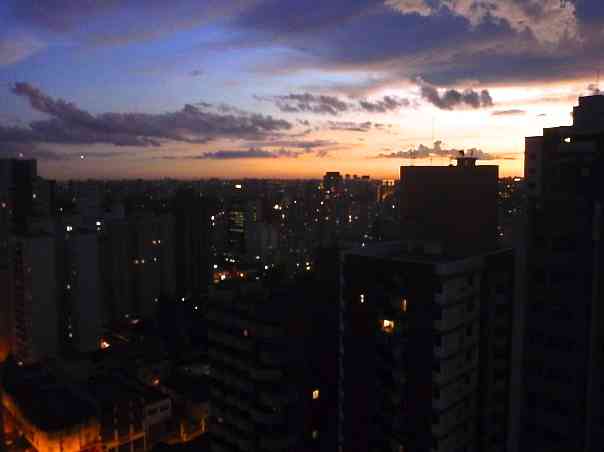