Valentine’s Day is a holiday I have never been able to fully celebrate or support. I simply don’t like the pressure it puts on couples and singles.  Not to mention that making someone feel obligated to express romance pretty much kills any romance there is in the first place.

Before anyone resorts to the very mature retort of, “of course you think that, ’cause you’re single”, let me assure you, I’ve had Valentine’s Days in every possible type of scenario – couple, single, it’s complicated, TBD – and it has always felt like this awkward, pressured occasion I somehow manage to fail at and can’t wait to just get through and get done.

If you don’t have time to read this post now, Pin and save for later!

“What do we do for the date? What should I get? Should I get anything at all? Is this pricey restaurant choice going to freak them out? Is this cool burrito joint going to passive-aggressively annoy them and make them think I don’t care at all? WHEN DID THIS BECOME A MINEFIELD OF TERRIBLE CHOICES THAT WILL END EVERYTHING?!”

“Yes, I love you, but I guess we awkwardly, specifically have to focus on that today and mention it repeatedly otherwise one of us will feel we’re doing something wrong. Also, I worked all day and I really just want to watch Netflix in pajamas, but let’s go to that cute little French place you don’t really like anyway yet feel obligated to take me to, so I can fall asleep right on my appetizers and we can both go to bed a little more exhausted and resentful of each other than we were this morning. It’ll be great.”

“What are you doing for Valentine’s Day?”

“Then how come you’re staying in?”

“I guess I could go for a couple of beers if you all are going to be out.”

“Yeah, we gotta drink our single sadness away!”

“…that’s really not the atmosphere I’m going for-“

“-We’re going to go and get epically trashed and hate on couples!-“

“-I don’t have a problem with couples. I really just want to have a normal night at the bar-“

“-But we HAVE to do something for Valentine’s Day-“

“-WHY?! WHY for the love of God is just having a NORMAL day NOT a valid option here?”

“Aww…are you angry because you’re single?”

This has been my experience. I’m sure other people don’t understand my frustration and are better at these types of things, but formal/forced social occasions have always been, and will always be, my own personal hell to navigate.

However, after exploring a lot of other countries’ dating scenes, and reading about dating around the world, I’ve come to realize that things could be tragically worse.  So if your Valentine’s Day sucked, or you’re depressed about your dating life in your country (unless your country is listed below), take heart because there are at least 5 other countries where your love life could be an absolute nightmare.

Which ones, you say? I’m so glad you asked.

5 Countries Where Your Love Life Could Be Worse

For all its scenic beauty, Iceland is a country with very few people. Additionally, an address of “Volcanic Island, Middle of Nowhere, Atlantic Ocean”, doesn’t really encourage much mixing with other populations. 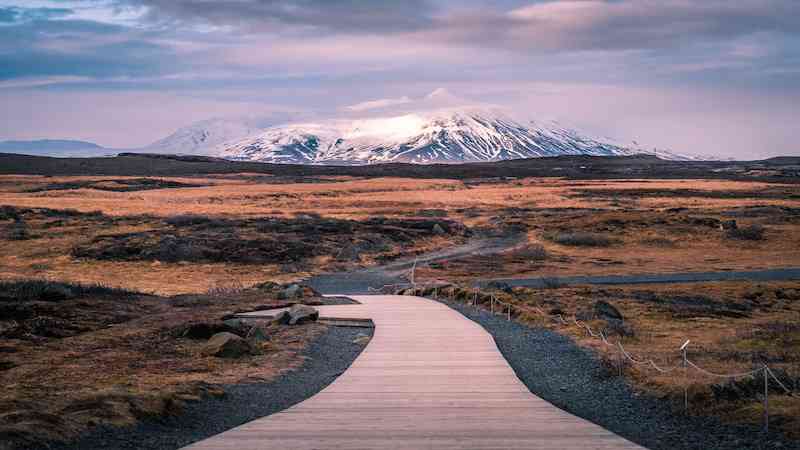 Is there anybody out there? Photo by Giuseppe Milo via Flickr (CC by 2.0)

This leads to a situation where there is apparently a very real fear of accidentally dating your cousin.  Just imagine going out to a bar, seeing someone attractive looking your way, and after 30 minutes of conversation and some vaguely intimate touching, realizing that crazy racist aunt you both mentioned is, in fact, one and the same.

Or as one Icelander, Einar Magnusson, puts it, “Everyone has heard the story of going to a family event and running into a girl you hooked up with some time ago”.  Yes – you know it’s a great dating scene when everyone has funny stories of kind-of-maybe-incest.

But not to worry, there’s now an app for just that situation!  The Islendiga-App lets you bump phones with the person you’ve met, and lets you know if you’re closely related.  For the rest of us, the fact that such an app is necessary makes non-Icelanders want to take a long, cleansing shower.

Bhutan: Get Caught, Get Married

In the US, if you sneak into your high school girlfriend’s house at night and get caught, you may have a very angry parent on your hands and a house ban for a while.  In Bhutan, congratulations, you’re now married to that girl!  Or you have to work her father’s field and do other back-breaking labor. 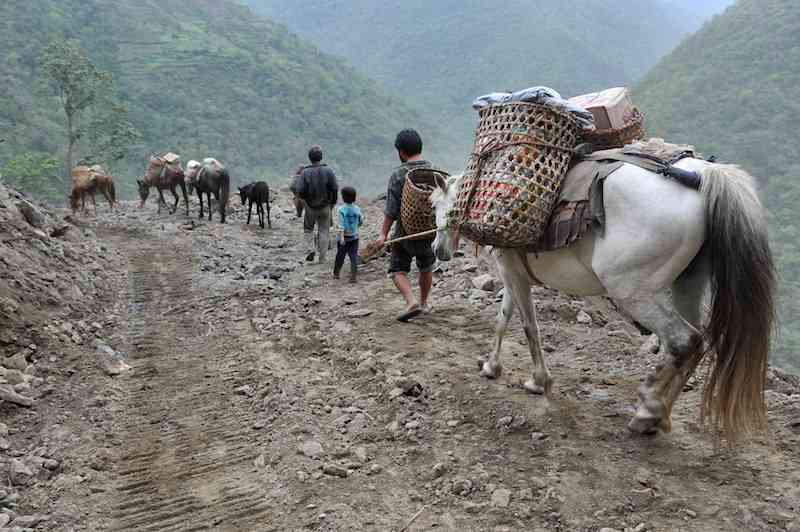 The price of a sleepover. Photo by Asian Development Bank via Flickr (CC by 2.0)

It’s a result of the serial-killer sounding custom of “night hunting”, where boys break into the rooms of girls they are interested in to spend the night while their parents sleep downstairs. As far-reaching as this practice is, in the traditional culture of Bhutan once a man has been caught in a girl’s bed, marriage has to happen almost instantaneously in order to prevent any sort of dishonor from falling on either lover’s family.

Singapore: The Government of Singapore Would Like to Pretty Please Beg You to Have Some Sex

What’s the fastest way to kill the romance? Saying the wrong name? Accidental burping? Having your federal government pressuring you to bang in a car?

Yeah, it’s definitely that last one.

Singaporeans have a really low birth rate, much lower than what they need to keep their population levels stable in the next few decades.  So the government developed the vaguely Orwellian-sounding “Social Development Unit”, that puts on events like moonlight cruises and tea dances to encourage young couples to meet and hook up.

Now, if you think that having your local 70-year old bureaucrats distribute pamphlets on the Best Places to Have Sex in Your Car will totally kill the mood, you’re right!  The government’s efforts have been completely unsuccessful, and Singaporeans’ sex drive seems to have dropped lower than ever.

Tea dances are apparently a horrible form of foreplay. Who knew?

China: Forever Alone Unless Grandma Hooks You Up

China’s one-child policy and disturbing preference for male children has given the country a major dilemma; there are so many more men than women in China, that it’s estimated about 40 to 50 million men literally can’t find women to marry.

As if that wasn’t enough, a combination of the country’s matchmaking tradition, the trend of advertising for love in newspapers, and the notoriously work-fueled lives of the nation’s youth has led to another phenomenon: a lot of young people are letting their grandparents pick their next date from newspaper ads. 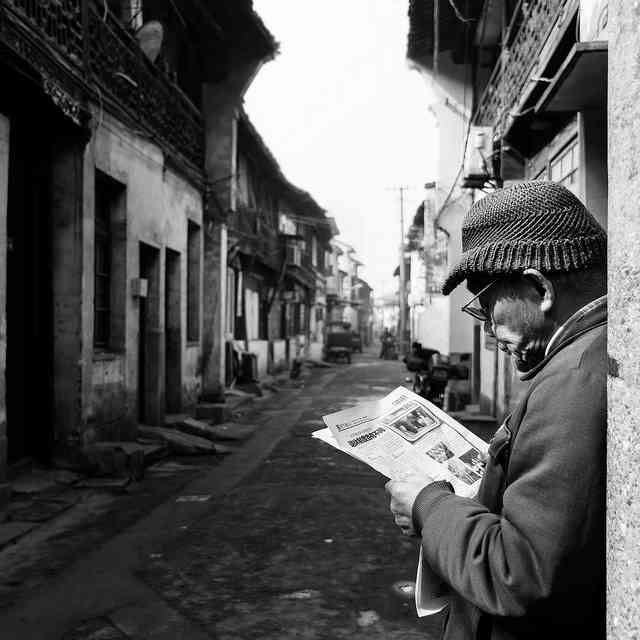 Now, focus and really try to create a mental image of the kind of people your grandmother wants you to date.  Getting depressed? For men, add to that the complete lack of choice in an ever-dwindling population of women.  Feel like crying yet?  Good, because here’s the third part of the equation.

If somehow, against all odds, you find a suitable woman to marry, in many parts of the country it is custom before the wedding for that woman to spend an hour a day for a month crying continuously.  As the days go on, all the female members of her family join her, until you can’t even walk down your street without hearing the wailing of your bride-to-be and half her relatives from a mile away.

All that crying at the thought of her marrying YOU.

That should pick your spirits right up.

The problem with dating in Iran is very simple: you can’t.  Girls and boys meeting one-on-one can get you thrown in jail, so your choices are either an arranged marriage or a “trial marriage”.

Trial marriages mean that a couple is allowed to go on three supervised dates in public.  When the third date rolls around, you must decide if this person you’ve seen three times, always in the presence of both your parents, is someone you want to spend the rest of your life with or never see again.  And yes, those are the only two options.