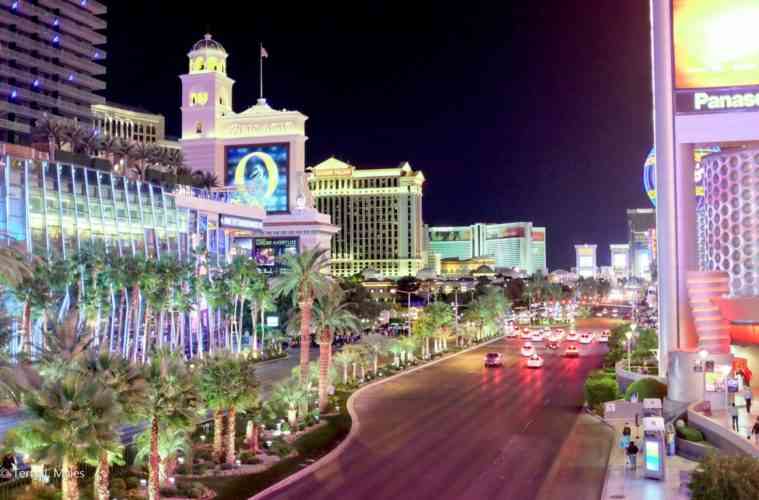 It’s about that time. That time of year when half of Los Angeles starts itching to head to the Vegas pool parties and clubs on the weekend.

When you visit Las Vegas, the hotel becomes your mini-world during your stay. Most Las Vegas hotels have restaurants, shows, clubs, bars, gaming, and dozens of other options for entertainment all day and all night, so choose your hotel wisely to maximize your trip.

If you want to blow off some steam with your friends and experience the amazing nightlife the city has to offer, book one of the Las Vegas hotels below. They all draw a young crowd with trendy bars and nightclubs, and many of the best DJs in the world come through every weekend to spin the hottest new dance music.

Photo by Terry Myles via Trover.com

The Cosmopolitan of Las Vegas

The Cosmopolitan of Las Vegas has developed a reputation as one of the trendiest boutique hotels in the city. With plenty of amazing restaurants; a sleek, modern design; and the BOND and Marquee nightclubs, this is definitely a hotel to book if you want to have a crazy weekend in Sin City with your friends. Head to the Cosmo during the warm summer months to experience Marquee’s poolside “dayclub” parties.

Internationally famous DJs like David Guetta and Avicii make frequent stops at the Encore at Wynn Las Vegas to play dance music all night at the hotel’s beautiful XS nightclub. XS spills over into the hotel’s European Pool and Island Bar, so you can party by the poolside cabanas. If you want a second option, head to the attached Wynn Hotel and check out the gigantic Tryst nightclub as well.

If you want to spend all night partying at the second largest hotel in the world, head to the MGM Grand Hotel & Casino. Besides the main nightclub, Studio 54, which boasts four dance floors, there are six more nightlife options throughout the hotel. Relax at Tabu Ultra Lounge or head to Rouge for a drink. If you are checking out Las Vegas hotels in the summer, go to the Wet Republic pool parties, which often boast famous guests as well as top DJs to get the dance party going.

Photo by Adrian Roberts via Trover.com

The nightlife at Venetian Resort Hotel Casino is all about Tao, one of the most well-known hotspots on the strip. Grab a top-notch meal at the restaurant before it turns into Tao nightclub. Check out Tao Beach during the day. You will find plenty of shops, cafes, and restaurants along the indoor canal of the Venetian to entertain you between parties.

SLS has opened up a chain of alternative and modern boutique hotels all around the world, which have become hotspots for young, cool crowds. Their newest property is the SLS Las Vegas, which was just opened in 2014 by SBE entertainment, LA’s largest nightlife company. At the SLS, you can relax by the pool during the day with drinks from the Foxtail, and then pick one of the hotel’s two nightclubs to dance the night away, The Sayers Club or LiFE.