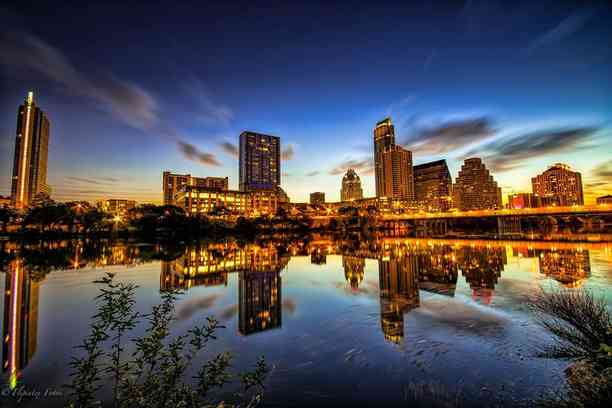 Austin is one of the most up and coming cities in the US, thanks in no small part to its growing vibrant music and food scene. It’s one of the top destinations I want to visit within the next year, because when I think of Austin, three words come to mind, and those are: music, beer, and BBQ.

The city hosts the famous SXSW (South by Southwest) music and film festival every year, which draws the entertainment crowds from LA to New York to meet and party in this bustling city in Texas. If you’re going to Austin for the festival, or just to see what all the fuss is about, you should book one of these cheap hotels in Austin, and not miss out on the following four must-dos.

Check Out the Live Music

Going to Austin and not attending a live music show is like going to Paris and skipping out on the Eiffel Tower or skipping the Parisian food. You would be missing the entire heart of the city! No matter what your musical tastes are, Austin has over 250 venues ranging from rock to jazz to country, so the city’s got you covered.

Venues like The Parish and Pete’s Dueling Piano Bar host live music and energetic crowds most nights. If you’re a little more hardcore, check out Dirty Dog Bar for up and coming metal bands. All throughout the city, you can choose how to see your bands, whether it’s in a straight up concert venue or combining your music show with a drink and a bite.

A lot of music venues, as well as bars, restaurants, and entertainment in general are found all along 6th street, the heart of Austin. The street has beautifully preserved historic buildings that converted into bars and restaurants, and the result is an exciting mix of history and energy.

Recess Arcade Bar is a pretty cool spot to check out, especially if you want to relax with a drink and feel like a kid again all at the same time. Sixth Street also has plenty of great options for shopping and culture, including unique stores selling products from toys to jewelry, and plenty of galleries. Music lovers should head to Wild About Music, a store that sells everything from art to clothing, as long as the goods have a music theme.

You’re in Texas, the mouth-watering home of the all-American BBQ. For a delicious, meaty meal, check out La Barbecue, Freedmen’s, or one of a million other options. Ask the front desk at any of the Austin hotelsyou’ve booked for a recommendation as well; they should know a couple of great places.

Go on a Brewery Tour

What better beverage to match up with your BBQ binge than beer? Austin has a bunch of great breweries in the area, so if you can’t pick one to start with, board the Austin Brew Bus and let the locals show you around.