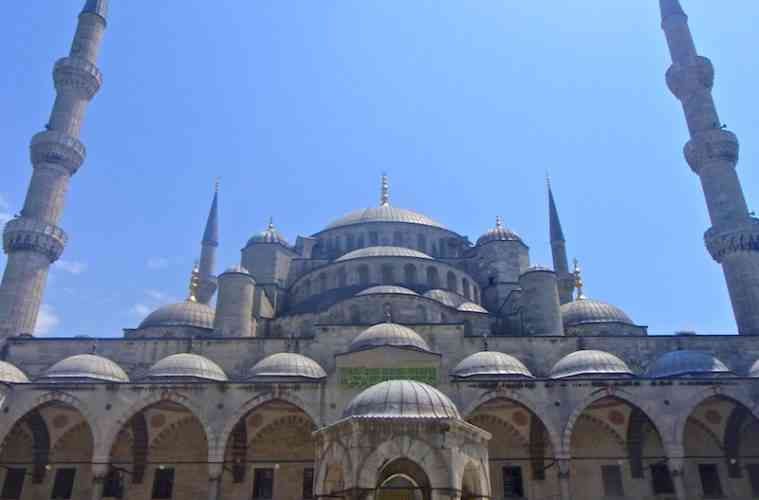 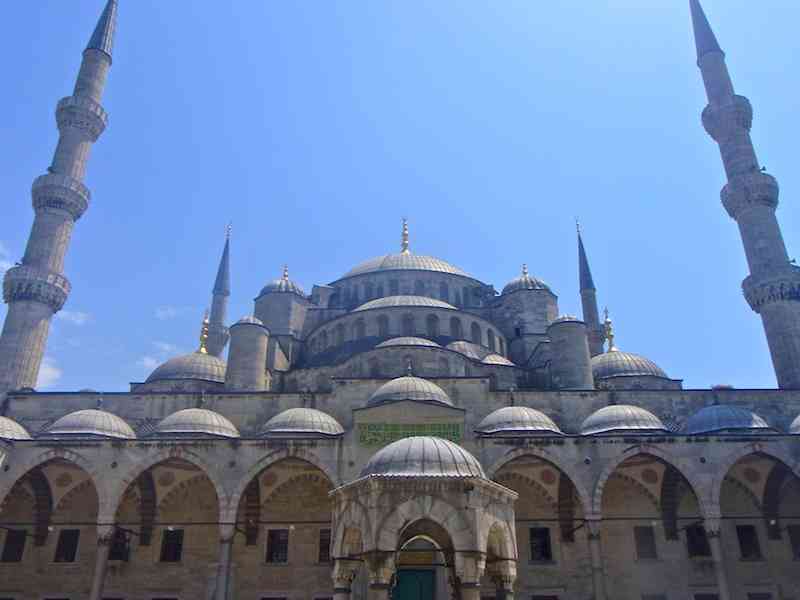 The Sultan Ahmed Mosque in Istanbul, better known as the Blue Mosque, is a stunning sight in a city that’s full of them.  It’s a gigantic, imposing edifice built by Sultan Ahmed in the early 1600s, who, after losing some wars and land to Persia, felt it was only fair to take a huge chunk of money out of the Ottoman treasury to build a monument to himself – because when you’re Sultan, you can do things like that.

The Blue Mosque is located in the historic Sultanahmet district, a short walk away from Hagia Sophia.  I always love finding places that really show you the ‘heart’ of a destination, and this is one of my favorite places in Istanbul because it’s one small location that nevertheless really captures the feeling of the city.  Two imposing buildings from Islam and Christianity, ‘East’ and ‘West’, are situated almost directly opposite each other, in a loud, bustling and beautifully chaotic neighborhood.  Disordered masses of diverse people swept past me in both directions, their laughter and chatter filling an atmosphere that was already cluttered with the pungent, beckoning smells of food wafting in from every direction.  If there’s any place more representative of the lovely pandemonium that is Istanbul, I have yet to find it.

History & Visiting Information for the Blue Mosque, Istanbul – Try to time your walk around the mosque with one of the daily calls to prayer, for a truly beautiful experience.